Whilst  I am  travelling around,  and   camping in,   selected locations in South Australia and Victoria to photograph the silos   for the silo project,  I am slowly starting to broaden out to photograph the landscape that  the silos are situated in  along with the nineteenth century regional architecture . This is a photography of “what-has-been”, a tracing of some past moment as it were, but one that has an ongoing presence in the present, is part of an attempt to regain a historical understanding  of the region. 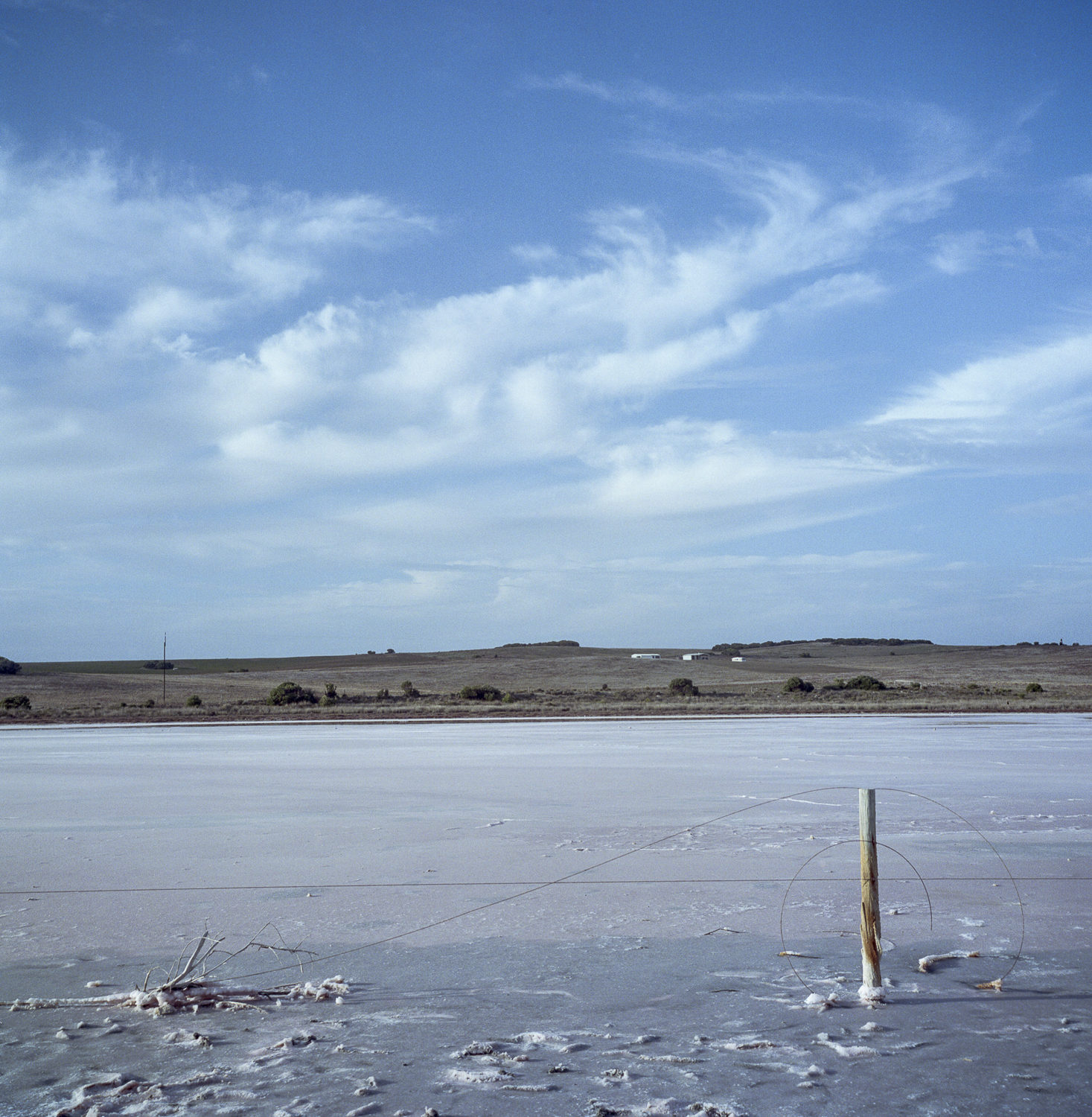 I have been looking at the  Geoff Wilson’s    South Australian landscapes as well as Eric Algra’s Postcards from Forgotten Places and Postcards in Colour  in the context of my South Australian regional landscape portfolio. Wilson and Algra have explored South Australia before me and they  have been exploring locations along  the roads that I’m starting to travel on. The work they have done acts as signposts in a  region that is largely unknown to me. Their digital imaging are  historical markers  in an image culture that is dominated by the mass media  whose feedback loop constitutes   a serious challenge to historical consciousness and critical thinking.

Algra, for instance,  has extensively explored  the Mallee whilst on his trips between Melbourne and Adelaide and  his crisscrossing  the South Australian Mallee.   His  keen eye for what is significant  for  people living in the Mallee, and   his inputs into South Australia’s visual culture,  highlights  the richness of photography’s contribution to the way we see the world.  Algra’s  vernacular photography   is not part of the   academic writing and its conversation about photography in Australia because that writing  is still  primarily a narrative of photography’s aesthetic aspirations and the great names of the photographic canon. In Australia, like the United States, photography entered through art history and so  photographs were  studied as aesthetic objects using formalist methods.

Representing South Australia in visual form automatically situates you outside of the mainstream canon of Sydney and Melbourne visual arts   that was established by the ANG following the myopic,  formalist art historical model. The canon’s oppositional structure constructs those working in South Australia  as  regional rather a national visual artists. South Australia is seen as the fly-over state in which nothing much happens.

If something is happening in the visual arts then, since it is regional, it is of secondary importance to the great names of  art photography’s  cosy national canon. Moreover, virtually the whole canon of photography theory was written in Europe, the United Kingdom, or the United States ( e.g., Siegfried Kracauer, André Bazin, Susan Sontag, Rosalind Krauss, Pierre Bourdieu; artists like Martha Rosler, Victor Burgin, Allan Sekula, and Jeff Wall). 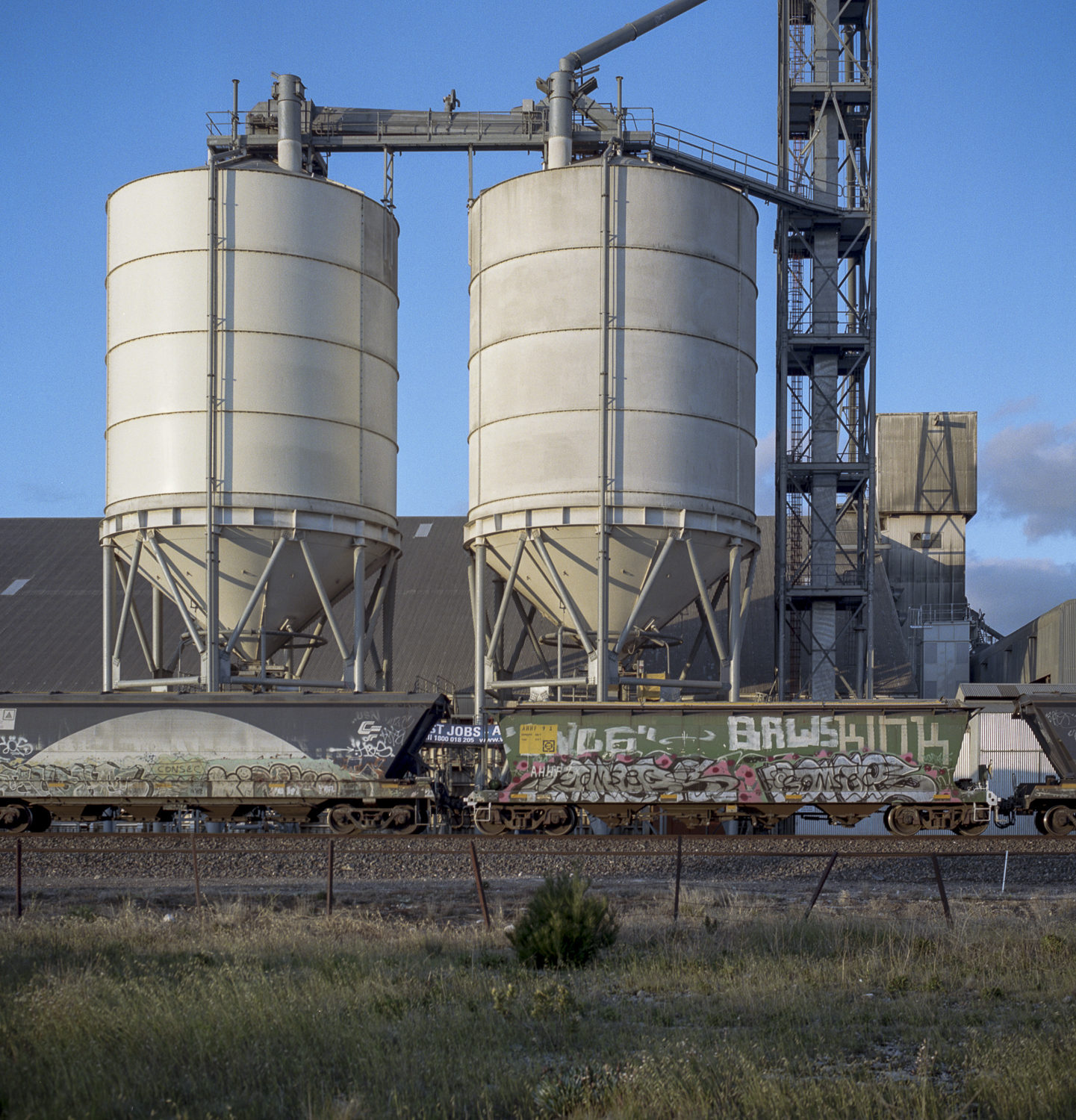 If we  look  at the specificity of art photography  to a particular regional culture, and  begin to articulate the intelligibility of these photographs of old objects/places/buildings  etc  for our own time,  then we have started  to rethink the values that canonisation rests upon,  and  to contest its traditional boundaries. Although “vernacular photography” within the history of photography can encompass a wide variety of photographic uses and types—from criminal mug shots to yearbook pictures to travel souvenirs—it  often refers to images and objects produced outside of the canon and used or consumed in the home. Algeria’s digital images enrich those of others and open up a dialogue about the  history of  the Mallee (Victorian and South Australian) in post-industrial Australia.

Geoff Wilson, who has been  constructed as  a regional painter, has a  history of  a movement from watercolours in the 1940s into a semi-abstraction period in the 1960s and then his  modernist compositions up to 2013 has resulted in a significant body of work. Wilson says of his work that the paintings, which are of  landscapes that we might never have noticed as we drive along the various highways in South Australia  generally contain a kind of:

topographical truth, however all were triggered simply by looking at something at a particular time of day. The same subject seen 10m to the left a few hours earlier or later may strike no visual interest.  The difficulty when painting on the spot is to hold the initial intention and not give away to random passing changes. In the end, of course, the look of the paintings is the result of all the things you have read about, looked at, liked and hated.

That approach accurately relates to large format photography, thereby suggesting that the boundaries between painting and photography have become porous as each medium absorbs the other. These are  image forms that also include video, film, television, holograms, computer images that are viewed on computer screen through software.

The images of both Algra and Wilson are  situated in  books and written texts that link the images to memory and the historical unconscious associated with agricultural landscapes in industrial Australia.

A recreational lake in the Mallee