The picture below of Lady Bay at a particular moment in time is an outtake from a submission to a photo competition with respect to the landscape of the western Fleurieu Peninsula in South Australia. What was different, and significant, about this competition from a number of other competitions of contemporary art is that it was centrally premised on submitting a series of one photo of each of the four seasons over 1 year period. 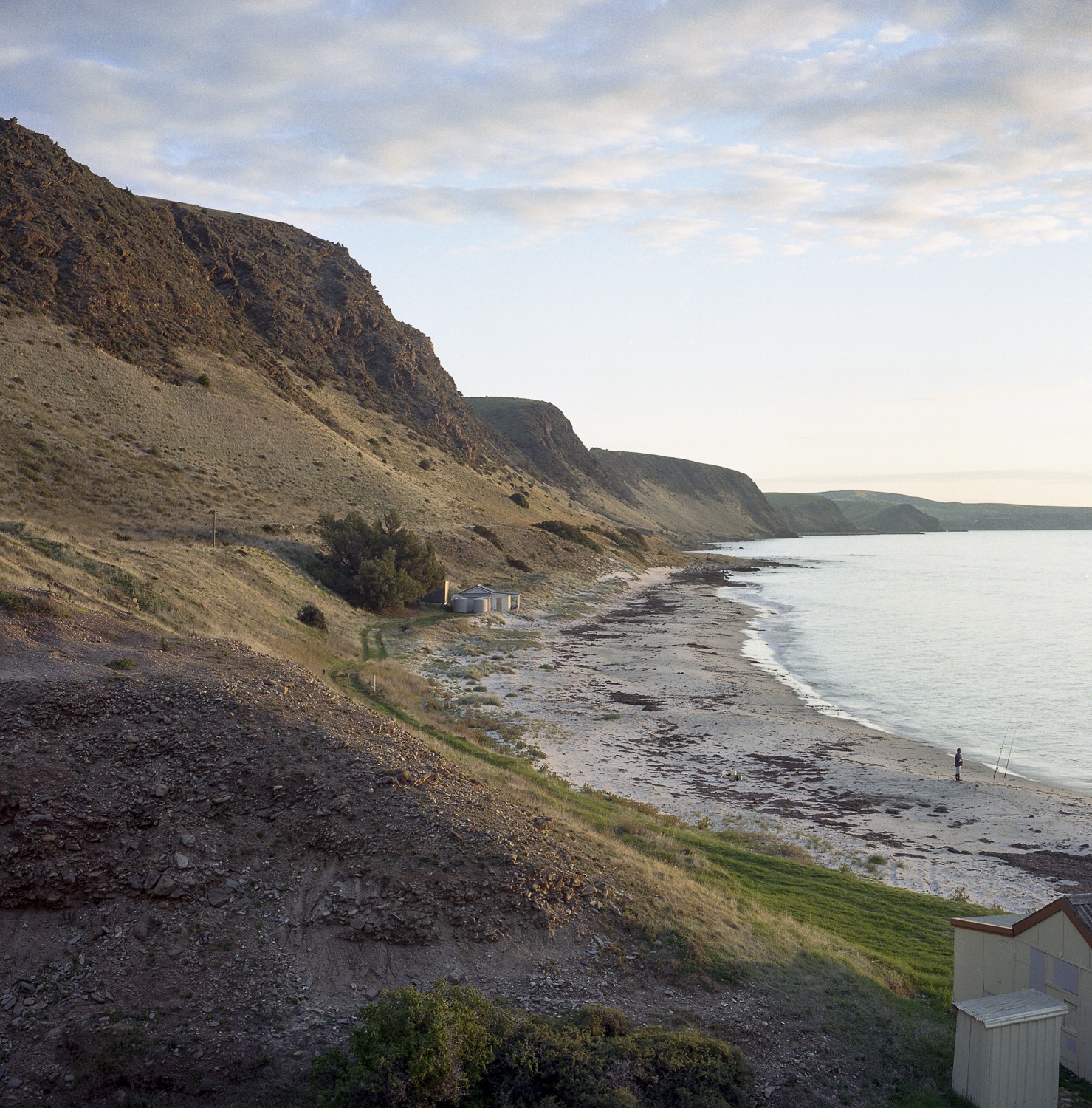 The significance of a series of 4 photos is that it breaks away from the entrenched tradition of a single classic analog image in a specific medium in which the specific aspects of indexical relations—–that is, concepts like objectivity, immediacy and truth——continue to inform how we, as readers, interact with images, what we expect from them and how they are performed. Yet the emerging world of networked technologies has transformed, if not ruptured, photography’s traditional boundaries. The value of the image now comes from being online, and on the image being spread and shared; on it being circulated and adapted as it moves through various online platforms.

Tumblr’s reblogging facility is a good example of the way an image acquires value within the culture of digital technologies. It indicates that a shift has occurred from the single image to a set of image relations with the digital image.

This paradox or contradiction is explored by Melanie Bühler in a series of 5 posts at the Still Searching blog run by FotoMuseum Winterthur; and then in a series of public discussions under the auspices of Lunch Bytes.

Bühler argues that the canonical qualities and traditional values attributed to the analogue photograph continue to live on as part of online visual culture.Thus the installation shot –the specific pictorial genre for presenting exhibitions online shows that:

The value of objectiveness thus lives on, despite the fact and enhanced by the fact that the photograph’s direct relation to the object has been layered by human interference and digital manipulation.[And] despite the increasing malleability of the digital image and the growing importance of the relation between images ….. the example of the selfie shows that its value is still largely derived from a belief in the direct, authentic and truthful relation between the image and its subject.

The conclusion is that digitization has actually hasn’t resulted in any significant challenges to the way that we currently understand photography in medium-specific terms in our visual culture. This is so even though photography is not best understood as a particular art or medium, but rather, as Peter Osborne puts it, in terms of the form of the image it produces. Osborne rejects the assumption that what may legitimately be called ‘photography’ today displays the unity of a ‘medium’, in the sense adopted and developed by modernist formalism: namely, a specific combination of material means and conventions governing practices of production. He says that:

The problem with the concept of medium is that it mortgages discussion of the relationship of photography and art to a particular problematic critical tradition (modernist formalism). Not only is this tradition inadequate to the comprehension of nearly all the most significant developments within the visual arts over the last fifty years (as well as in the second and third decades of the twentieth century); it has also come to function philosophically as the historical ground for the revival of a (broadly Kantian) aesthetics of contemporary art, and thereby, the perpetuation of a fundamental conflation of ‘aesthetics’ with the philosophy of art (a conflation which, historically, photography played a central role in breaking up).