When I was on the Balranald photocamp for the Mallee Routes project exploring the Yanga woolshed and homestead I noticed the  dryness of  the country was around  the Murrumbidgee River that was caused by lack of autumn and winter rainfall, the protracted drought and climate change. As  I drove through  the Yanga National Park  to the red gum forest at Woolpress Bend  I noticed that the decline in  rainfall  meant  that none of the little creeks (eg., Uara Creek) were flowing in and around the national park; the wetlands were dry and  the  trees in the floodplains were dying.I noticed that there were hardly any old mature  River Red Gum trees–they’d been   logged to fuel river boats, for fencing and other uses. This changed the structure of the forests along the Murrumbidgee River.

The evidence suggests that human-caused  climate change is exacerbating drought conditions in parts of Australia, especially in the southeast (and southwest) part of  Australia. My assumption is that as climate change is already here,  so  we need to brace for  its impact,  and  to start learning how to adapt to a warmer world in south eastern Australia. 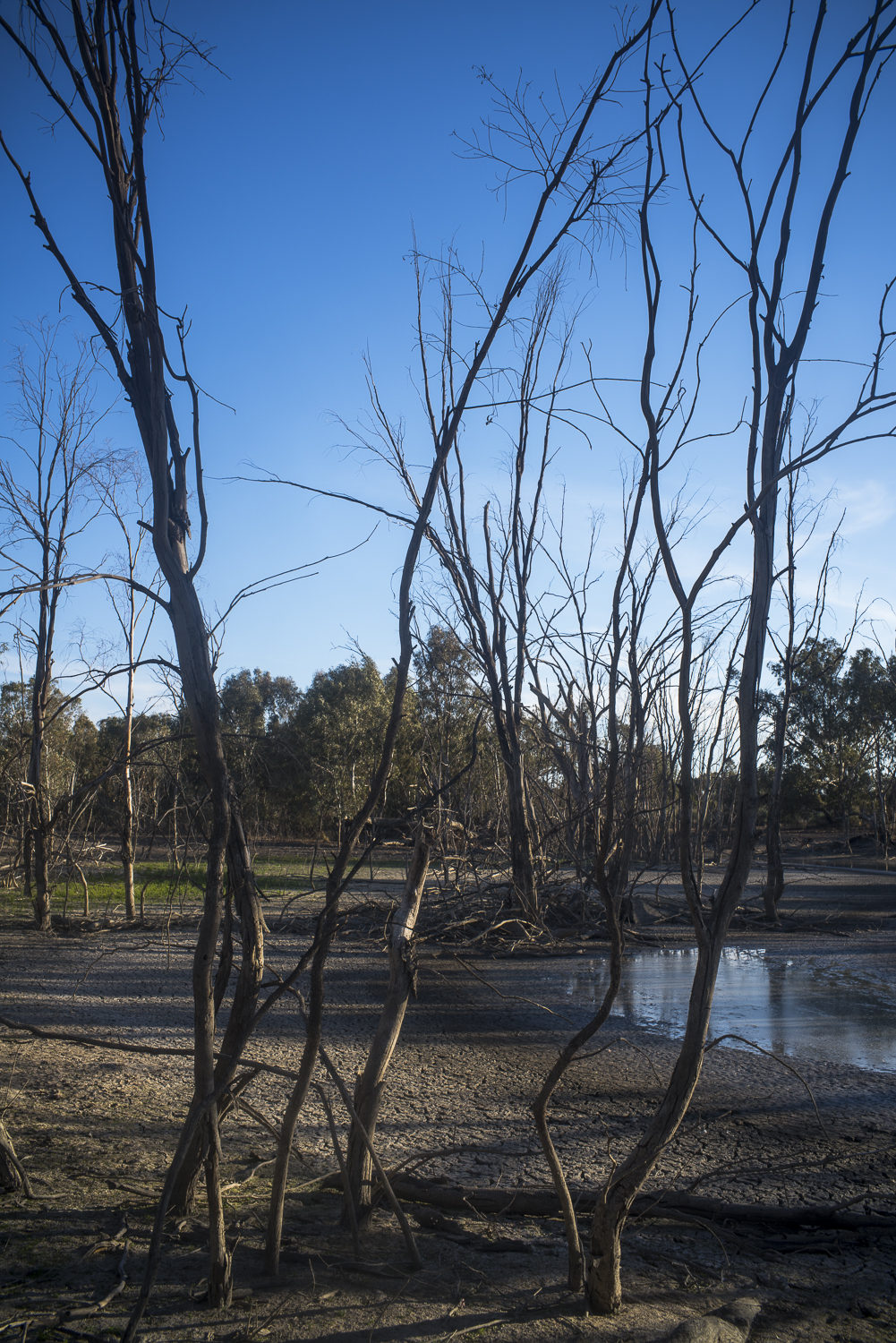 The lower Murrumbidgee River was historically unknown for  the richness of the floodplains due to the natural flow regimes from  the melting  snow in the Great Dividing Range in  the spring. This flow regime has been modified  by river regulation  that includes building of dams and weirs, diversion of river flow by extraction, alteration of  flows on floodplains with levees and structures to allow water storage.  The  consequence of less flooding and reduced river flows is a loss of biological diversity and the ecological function of wetlands and floodplains. Hence the need for environmental water  from Redbank Weir since the lower Murrumbidgee  floodplain is considered to be of national significance. According to the ranger at the Yanga National Park  this environmental water had just been released and it was making its way downstream.

Whilst exploring this region I started wondering how I could photograph the effects of climate change on the rivers of  the  Murray-Darling Basin’s rivers, such as the Murrumbidgee and the Murray. Do I photograph the aftermath of bush fires? Or do I search for images that provide a glimpse of a transitional world – a world where nature has taken over human structures after they have been abandoned? Or pictures that would  communicate a need to protect our environment from pollution and decay, and show the transience of our civilization?

I decided to start with the dried out creeks that I happened to be  walking  along: 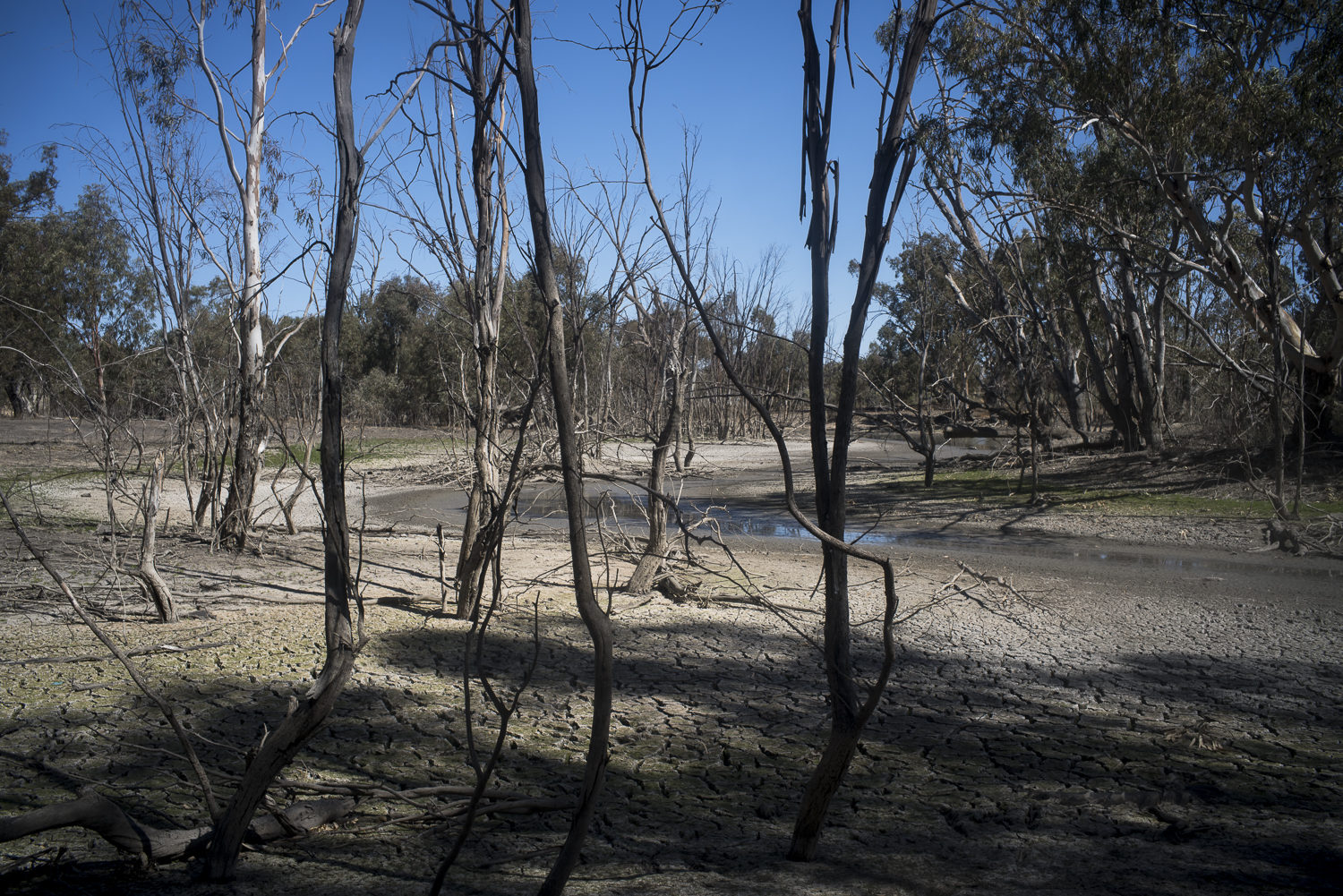 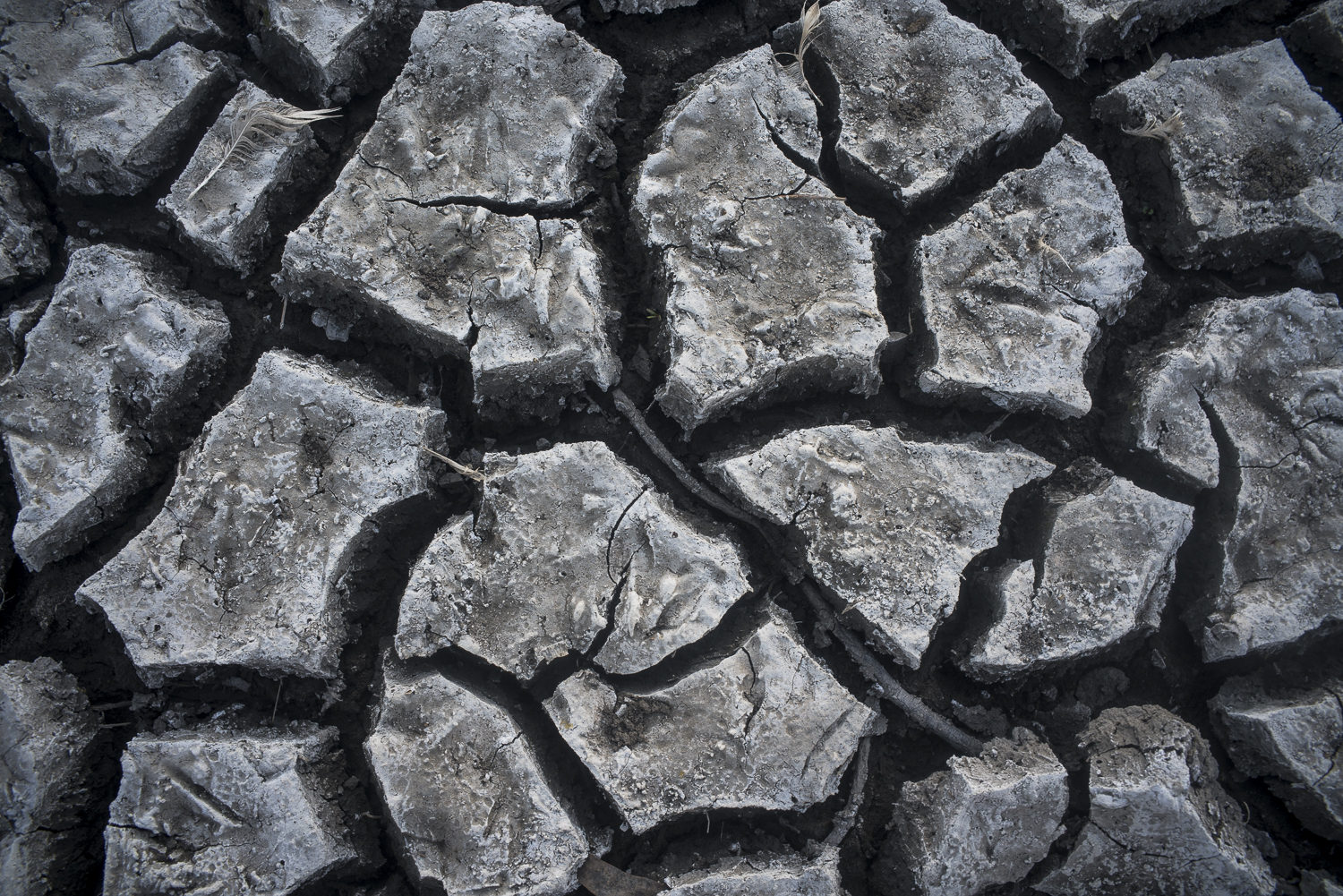 Flooding events are crucial to long term survival of red gum communities. In the lower Murrumbidgee floodplain shallow aquifers are declining and are therefore unlikely to be supporting red gums leading to extreme water stress.Active water management–eg., storing and releasing commonwealth  environmental water in the western Riverina  so as  to mimic the spring flooding of the natural  flow regime— is one way to mitigate and/or  adapt to climate change.

on location: Salt Creek in the Coorong 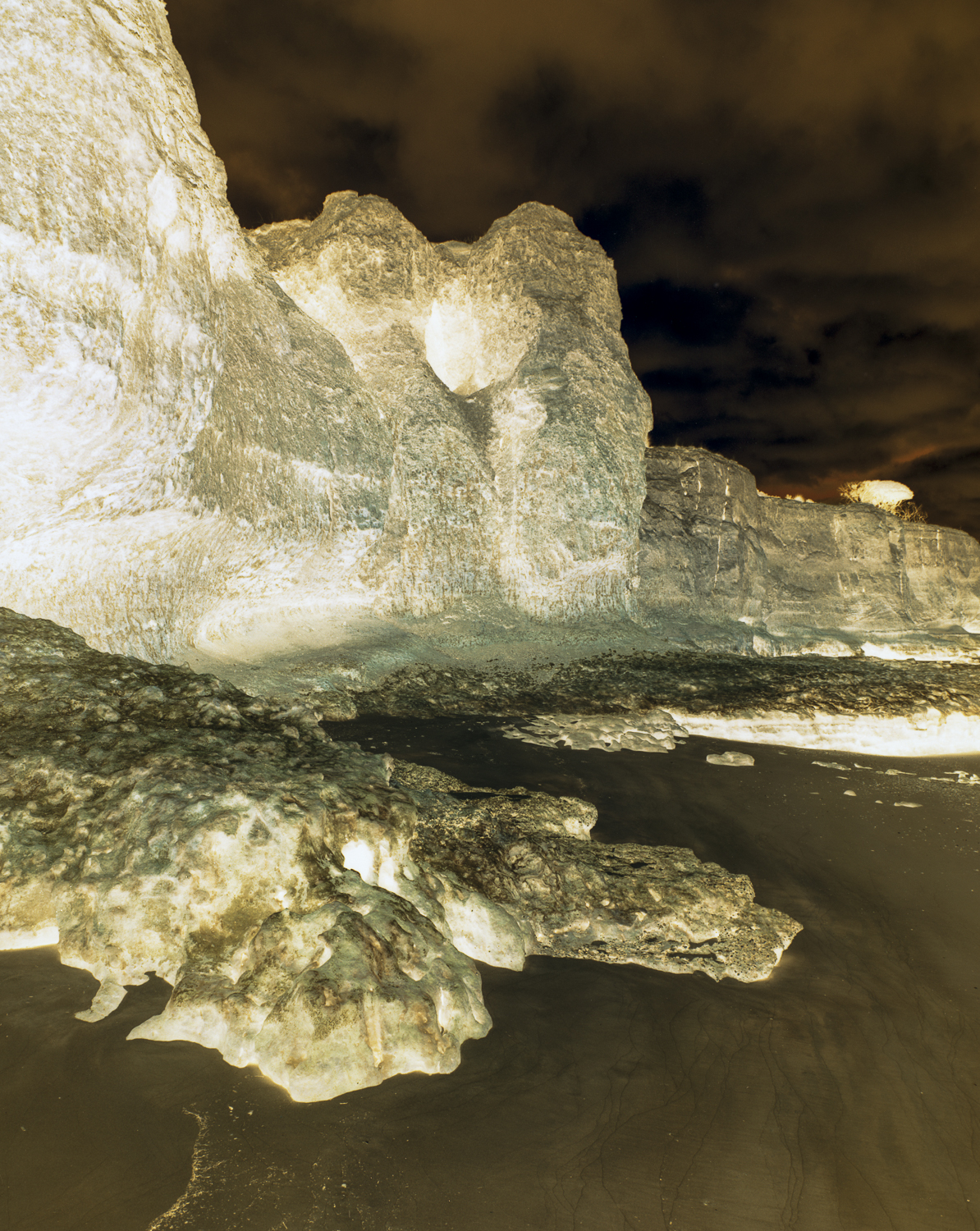 Returning to the silo project