I spend most of my time that weekend walking around Mt Arapiles, trying to get a sense of the area and scoping the landscape with a digital camera. After the Mallee Routes photo session I did return to Mt Arapiles on my way back to Victor Harbor and I photographed this old tree that I’d seen on one of my walks.

I didn’t stay overnight on the return visit. I was just passing through as the weather, which had been overcast with squalling rain over the weekend, was clearing. It was expected to be bright and sunny the next day. There was no point in hanging around as I reckoned that I could stay over night in the park on my next trip to Melbourne in autumn 2020. I now have some sense of the area and I’ve found some sites to photograph on the next visit.

Large format landscape photography is a welcome relief from the  automaticity and automatism that is now part and parcel of digital technology in photography. The pictorial realism of the former is a showing  rather than a story telling or narrative; a showing of nature rather than showing how human beings have transformed the surface of the earth or  showing the despoiling, destruction and devastation of nature by the forces of global capitalism.

Capitalism has had three cultures: the first being realism, the second mass or commodity culture: the third being Modernism which existed between these two cultures.  It exists within this double fold, beginning where realism turns back on itself and ending where it turns into commodity culture. The narrative of realism was overpowered by the austere impersonal present that came to dominate the elite sphere of modernist photography grasped as a set of aesthetic doctrines and artistic practices in the late 20th century. What resulted was the traditional split between modernist art photography and documentary photography. The above kind of landscape photography was sidelined by the modernist curators and art historians whose project was to elevate photography to realm of the art gallery, the marketplace, traditional art-historical scholarship. It was repressed along with realism.

They construed photography as high art with the accompanying aura of prestige, originality and uniqueness. It constructs photography as the ‘auristic’ artefact in which concepts such as ‘pure vision,’ ‘intelligent eye’ and ‘significant form’ are privileged. John Szarkowsky’s Photography until Now (1989) is a central art historical text that builds on Beaumont Newhall’s construction of a canon in his seminal The History of Photography from 1839 to the Present Day with its linear conceptions of history, the reification of style and the notion of period style as the central concept of art history. It is a late modernism, that is quite different from the critical and radical impulse of the early modernists  prior to WW2.

In Australia this late modernism was one of self-referring flatness and materiality of the painterly /print surface; an anti-political and purely aestheticist late modernism which sought to sever art from representational practices and was premised on  new realms of subjectivity though not on an inward turn. The choices it faced were framed as the opposition of esoteric to popular, negation to compromise. In that tradition, fine art’s function was to oppose the culture industries, the totalitarian state, and the hegemony of modern capitalism through an avant-garde disruption of normative representation. The traditional narrative of formal innovation that leads from Manet to Pollock is a tradition closely identified with the influence of Greenberg. This understands  modernism as a delimited field of endeavour, primarily medium-specific.

In late modernism the aesthetic field was radically cleansed and purified of culture—which comes, increasingly, to stand for mass culture. It envisaged a practice of art from which ‘content’ (Greenberg’s term) was to be excised. The relevant form of content was largely narrative in kind and excising it was one way of making history disappear. This new, self-enclosed and content-empty style of reflexivity involves a constant and self-conscious return to art about art, and art about the creation of art. This late modernism  is usually depicted as the last redoubt of an outdated commitment to the aesthetic, which then happily collapses and gives way to Post-Modernism’s more benign embrace of popular culture and the mass media. Modernism’s aesthetics of fragmentation and estrangement had become irredeemably reconciled to the logic of the market and consumer capitalism. Modernism had lost its critical bite.

There is a radical undercurrent to Modernism, as it was a complex response to the broader experience of modernity. It was the Western illusionistic tradition that the experience of modernity had called into question and modernism endeavoured to create a new language–abstraction. If early modernism was, as T. J. Clark’s Farewell to an Idea, outlined,   an outcry against the disastrous reality of modernity, a protest against modernity, and committed to redressing the horrors wrought by modernity,   then  late modernism was also part of corporatization, and assisted in the global reach of colonizing systems of capital–eg., the way the Bauhaus, was incorporated into the world of Paul Rand, IBM, and global systems of corporate capitalism.

Today, Modernism is a ruin, our own antiquity, whose logic we cannot grasp today, and the forms of representation to which it gave rise have become unreadable.   It is an empty structure left standing and a shell collapsed on itself. We can but ruin gaze–reading  ruins for their historical traces, affective impulses and aesthetic. The art history in the period post 1989 to the globalised present is essentially focused on art photography (i.e. photographs for the museum or gallery wall  to use Michael Fried’s definition) by photographers whose intention is primarily artistic. This excludes other kinds of photographic expressions in contemporary culture, eg., those not initially made for the gallery wall.

The globalised present after the demise of postmodernism has witnessed the return of the repressed, namely realism as a contemporary photographic form along with documentary and landscape photography. Frederic Jameson in the The Antinomies of Realism argues that the disruption to realism and narrative was caused by affect (pre-conscious intensities) in the form of unnamed emotional states that the social, political and economic upheaval caused by industrial capitalism gave rise to. For instance, the overabundant sensory onslaught of the modern spaces and temporalities of the industrial city with its clock time with its sense of the new would seem to overwhelm the organizing power of visual language. Affect has a rupturing power with the unconscious always on the verge of breaking through the surface of consciousness, as it were.  Affect–bodily intensity— is in tension with, or in opposition to, narrative. Narrative dispels reductive notions of realism as a mere reflection or copy of reality and foregrounds the ideological function of culture in the very act of rewriting and narrating.

Landscape photography is a critical realism in the sense that it is in opposition to nature being reduced to inert matter that is to be used as means for practical human ends in modernity. Instrumental reason (ie., a means-end rationality) ends towards the domination of nature 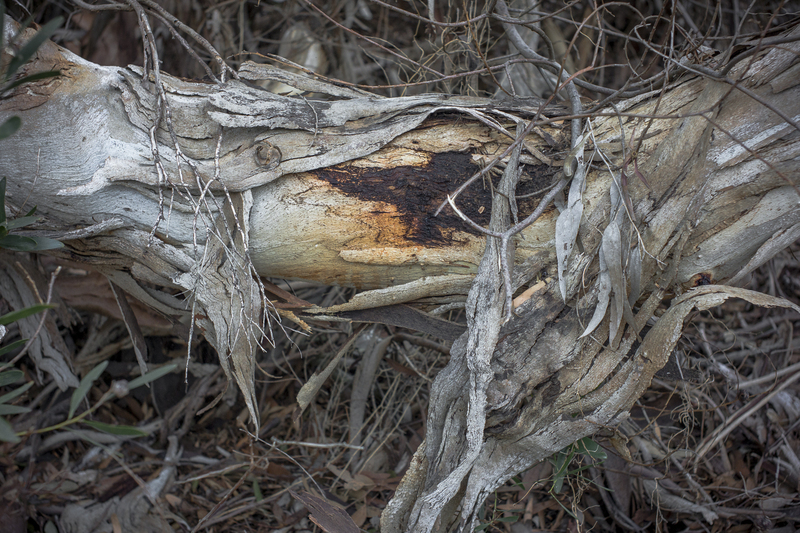 along the Heysen Trail

the digital image: a note