the modest vocation of photography?

I joined the library at Flinders University of South Australia as an alumni so as to  gain access to books that could help with my research for some of my photographic projects, such as  the  Tasmania Elegies and the Mallee Routes ones.  I also wanted to see how  photography had been incorporated into the  recent histories of the Australia visual arts after the boom in the 1980s and the postmodern revisions of modernism.   Was it now on a par with the traditional mediums of the visual arts within their  autonomous sphere,  and was it accorded the same art-historical tenets in the context of the coexistence of the multiplicity of styles and tendencies?

I started reading Christopher Allen’s  book Art in Australia: From Colonisation to Postmodernism that was  published in 1997.  Allen is currently a national art critic for The Australian, and if  he is currently working  as a conservative art critic,  his 1997 text acknowledges that  Australian culture has received its styles from elsewhere. There have been  Australian impressionists, post-impressionists, cubists, surrealists, abstractionists, pop artists and postmodernists.

No photographers are included in the colonial period and Max Dupain, Ponch Hawkes and Sue Ford are  mentioned in passing.   In   his  last chapter on postmodernism Allen says that postmodern photographers, such as Anne Zahalka, Fiona Hall and Bill Henson were unlike those photographers:

who work grew out of of the observation and documentation of their social environment –which is after all perhaps photography’s  real, though modest vocation–these artists made picture of elaborately, prepared subjects….The most prominent of the photographer’s is, however, without a doubt, Bill Henson, if only because he achieves what is hardest for  the photographer–that is to construct an imaginary world: in his case it is a night-world of naked bodies, ruins and disaster.

Fair enough.   Yet there are no examples of a photography that is based on observation and documentation in his history.   Nor is there any consideration   of  the changing views of what constitutes observation and documentation in relation to visual composition and  the broader currents of Australian history;  or to the way that photography  represents  how Australians have come  to terms with their  unique physical, social and political environment.

Several pages further on  Allen in  referring to history and place Allen  mentions the work of Jan Senbergs, in which  place is shaped, even deformed by human intervention, and in particular  the painting Sticht’s Smelters, Penghana 2  (Penghana 11 is a similar picture from the Queenstown series), which Allen  references and describes in terms of a study of mines in Tasmania’s Queenstown.  This painting, Allen says,  refers to  the  American metallurgist who became the manager of these copper mines in 1897,  and introduced a new process for smelting that released huge amounts of sulphuric gas, destroying the natural environment all around. Allen says that the images  from this Queenstown series have both a matter of factness and a phantasmagoric quality which make them emblematic of human ambition and the wasteland it can produce. 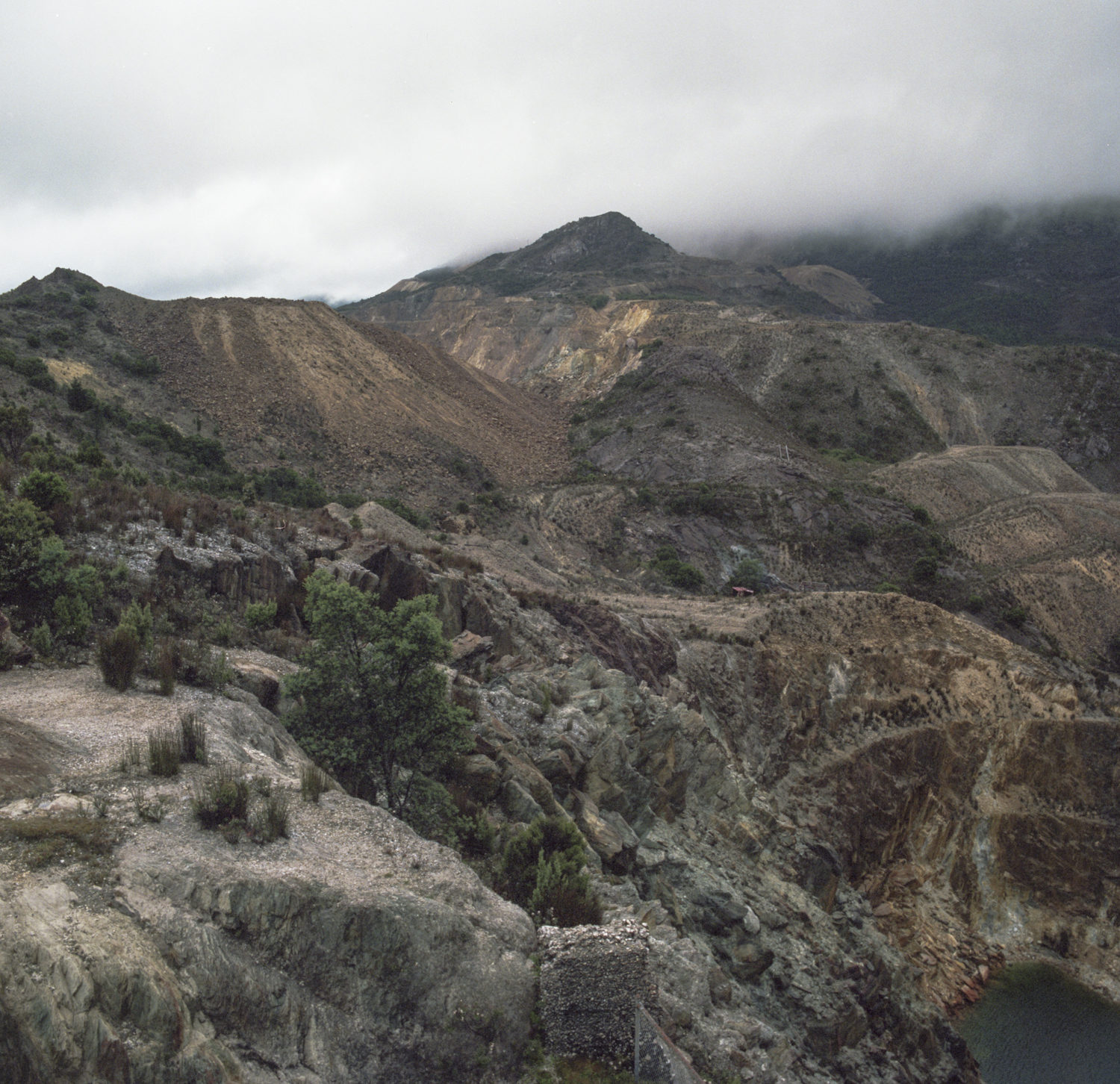 This, says Allen,  is a real painterly engagement with the subject, premised on “the pre-verbal, embodied, concrete yet intuitive thinking that is proper to art”,  as opposed to photography’s modest observation and documentation.   What Allen does not explicitly state in his text is the idea of aesthetic alienation in modernity: namely,  the modern experience of an autonomous art is one that is cut off and separated from  truth (as correspondence) and morality (right action) . An autonomous aesthetic domain  since Kant’s Critique of Aesthetic Judgement  means that art has its own self-sufficient norms, language and set of practices,   but the price for this aesthetic autonomy is that art  has lost, or been deprived of,  its power to speak the truth.

Allen’s understanding of art in modernity as being premised on the pre-verbal, embodied, concrete yet intuitive thinking tacitly accepts that art is no longer for us the place in which the truth of who and how we are, and of how things are for us occurs. Art has been dislodged from being unavoidable formative for our experience of ourselves or of the world and pushed to the periphery.

Embodied in photography’s  modest observation and documentation of the social environment  is a latent narrative about Australia’s  set of concerns. Maybe such  a photography offers a way out of the Allens’ understanding of the  postmodern situation in which art has become disconnected from the public,  has become enclosed in the professional community of the art institution itself, and  the artists largely speaking for themselves. Maybe such a modest photography can regain a sense of public address?

towards a critical climate aesthetics

The Bowden Archives: in publication