I have finally picked up working on the Adelaide Photography 1970-2000 book  with Adam  Dutkiewicz that is to  be published by Moon Arrow Press.  There has been more than a year’s break from the early stages of planning  due to  other book and exhibition commitments by Adam and myself. We have just called for submissions for  the portfolios in the book,  and we are now sitting back and waiting to see what comes in from the call out.  Though it is not really clear at this early stage what kind of  work will be submitted,  the book’s explicit regional  focus  will  fill one of the  gaps in  the art history of Australian photography that has traditionally been  written  around a cumulative teleology of styles and periods.

The design of the book is simple: each photographer will be given 6-8 pages to present their work from this period,  and they will have a text  to describe their work and their biography or profile.   As there are currently around  20 photographers who expressed an interest in submitting a portfolio and there is some text, the book looks to be  around  130 pages.  The launch of the book will be at an exhibition of some of the prints in Adelaide early in 2020.

The year 2000 is a useful cutoff point  for the book because this is when photography started to go global:  the explosion of websites, art fairs, festivals, biennales, travelling museum exhibitions, catalogues, conferences, artist residencies etc associated with the international  transmission of objects,  ideas and photographers operating across the boundaries of nation states. If this meant that the hold that European and North American artists had over the production of contemporary art has been broken, that the art world has become more event-driven with biennials and art fairs in far-flung locations, then it also means the biennales are institutional sites whose ways of seeing  contain an aesthetic regime of experience. 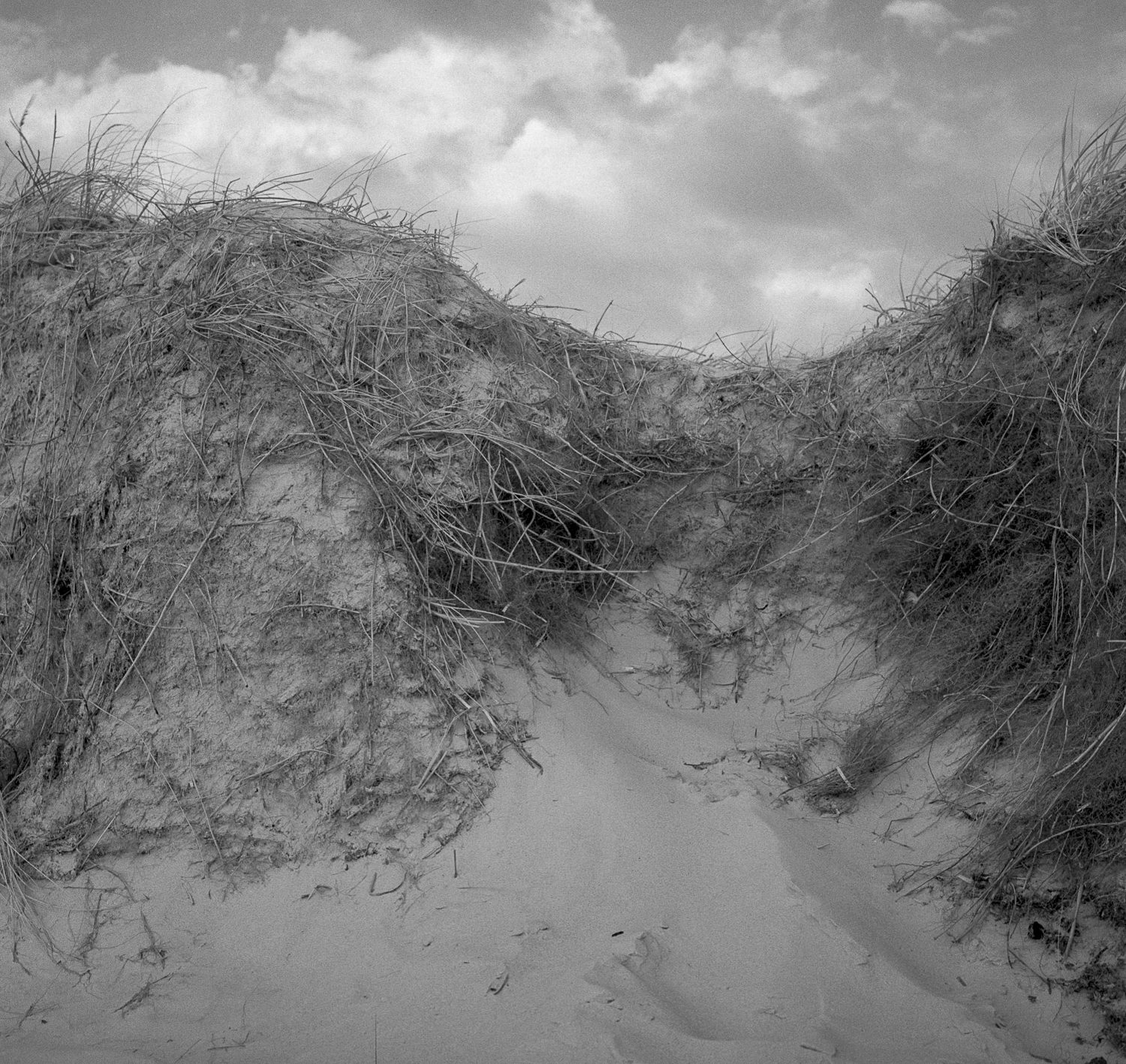 My own portfolio is structured around  my  shift from street photography to topographics. This would exclude the landscape photographs,  and it foreshadows my turn to,  and latter embrace of,  a topographical approach to still photography. The topographical  turn, which  was made during  this period,  with both the Port Adelaide series and the spatial interpretations  of Adelaide, was largely shaped by using  large format cameras.  It was a foreshadowing in the sense of my not consciously relating this to the New Topographics tradition in the US, even though I was consciously photographing  a  human altered landscape. END_OF_DOCUMENT_TOKEN_TO_BE_REPLACED

As mentioned in  the posts here and here on my  low key  Rethinking  Documentary photography blog  I am involved in  a collaborative photographic project  with Stuart Murdoch on changing Melbourne. An exhibition at the Atkins Photo Lab’s gallery in Adelaide  during South Australia’s 2018 SALA Festival is the first public showing of this  collaborative body of work. 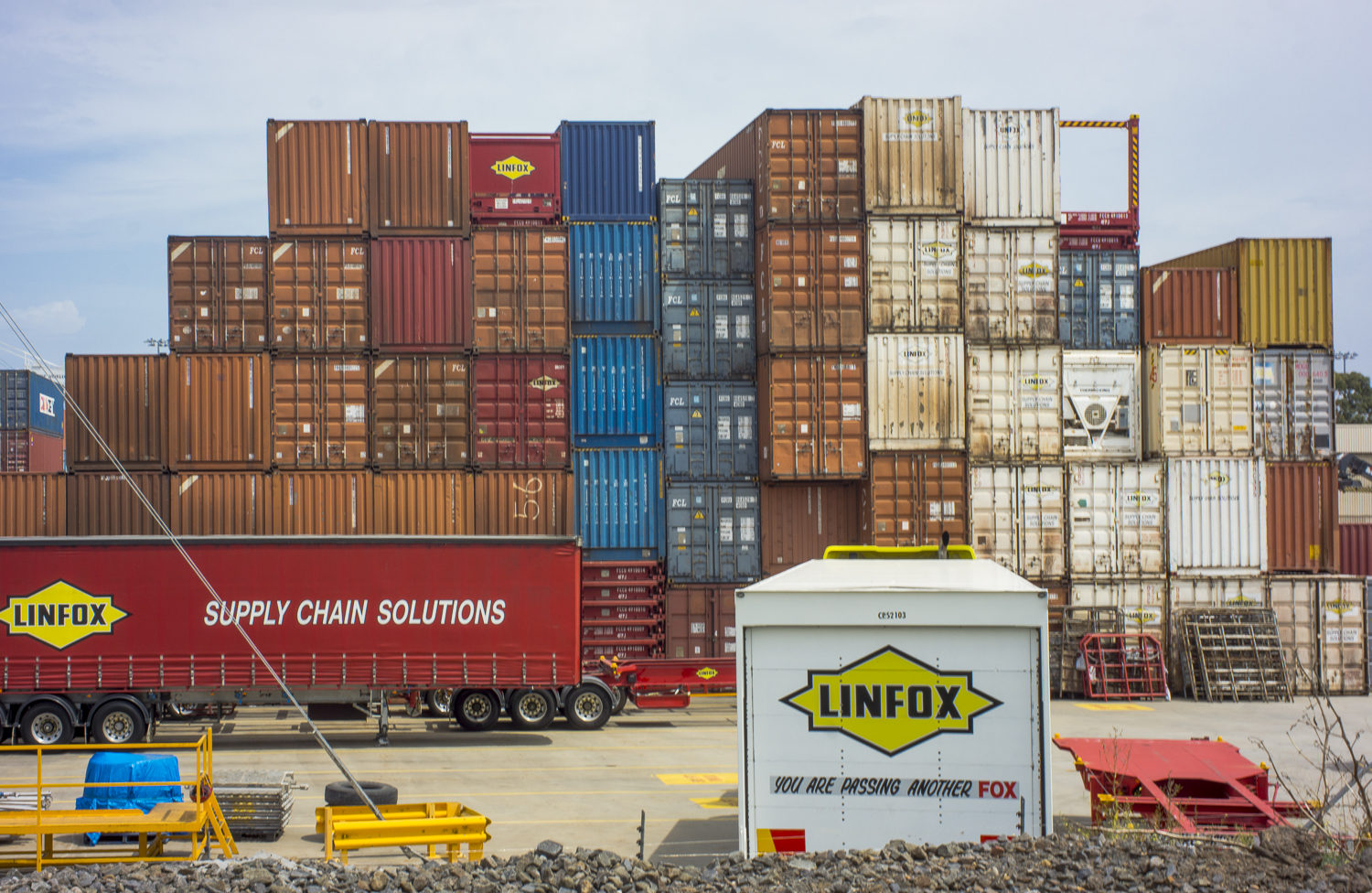 Melbourne, like New York in the 1930s,  is changing very fast and the currently existing parts of the historical,  industrial Melbourne will be gone tomorrow. These are  the familiar things a city  that are overlooked until they are gone. Bernice Abbott’s well known 1930s large format photo project, Changing New York,  is a historical reference point in spite of the truncated nature of the 1939 book.   Many of Abbott’s  photographs from this body of work are now in the public domain,  as they have been made available online by the New York Public Library.  These photos are a  reference point  for our photographing a changing Melbourne,   even   though  there are big differences between the two cities and the photographic projects.  END_OF_DOCUMENT_TOKEN_TO_BE_REPLACED

I have been reading Ming Thein’s recent post  on The Rise and Decline of Popular Photography  and connecting it to my recent experiences  in continuing with  my  urban documentary style of photography in Melbourne. His  observations  on the current shifts in popular photography are interesting, and they  help to  put this  low profile project  of mine into a market and cultural context and, in doing so,  highlights  what is needed  to continue to work on projects such as this.

A  core point in Thein’s post is his insight that simple economics means that the business model of the professional photographer  isn’t what it used to be,  and that the incentive to invest in skill is lower. He says that we  are seeing a number of studios going out of business and pros switching to doing other (non-photographic) things. The contemporary visual saturation means that as  there are more images being made than ever, so  it’s difficult to make an individual image stand out or to  justify the time and effort (and cost) invested in its creation.

I am finding  this to  be the case with the 3 year+ Mallee Routes project. It requires a lot of time, effort  and money to make the images  for this project and then to exhibit them in a gallery.    Similarly with  the road trips project or  the low key urban documentary work  project in Melbourne: 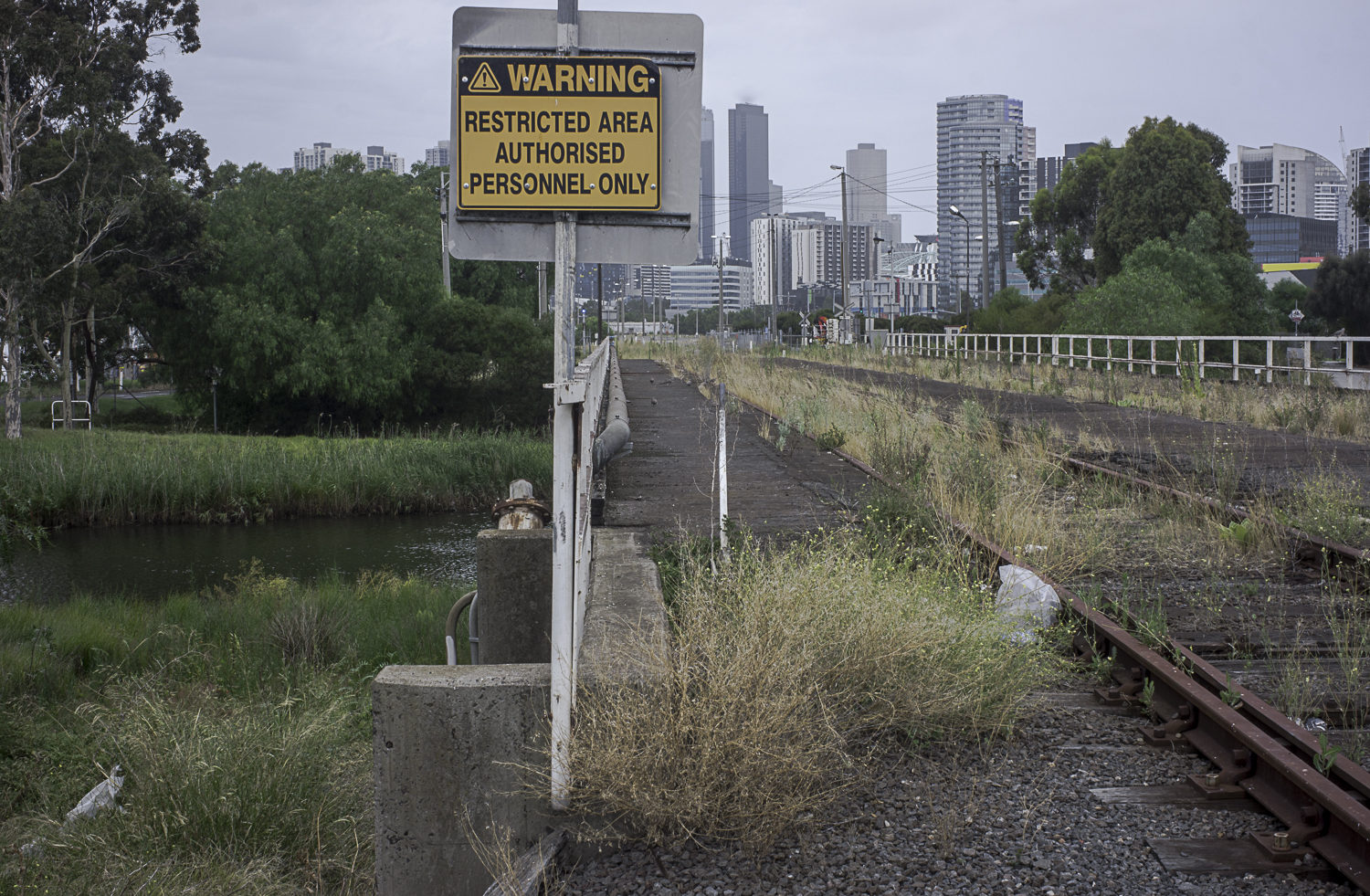 Take the latter as an example.  The  recent roadtrip to  Melbourne and  stay coincided with a spike in the summer  temperatures.   It was hot (40 degrees Centigrade),   very humid and the light was terrible when I was out scoping the remains of industrial Melbourne in the West Melbourne area.  So I was limited to scoping  for a future session,   even though I had the large format gear in the car.  This meant that the scoping on this trip was just location searching–much like someone whose job it  is to go out and scout or  look for good locations for a movie film shoot.  Having found the gritty, grimy  location in West Melbourne  I now need to make a return trip to Melbourne  in the autumn. This is time, effort and money with no exhibition  or book in sight.    END_OF_DOCUMENT_TOKEN_TO_BE_REPLACED

I had several days in  Melbourne  centred around working with Stuart Murdoch on Saturday editing  the 80 or so images for the Bowden Archives book.   Thanks to Stuart  I now have a dummy of  the book which I can show to various people to see how they react, their  impressions and judgements.

Whilst in Melbourne I helped Helga Leunig set her stall up at the Other Art Fair at the Facility in Kensington; saw some  Penelope Hunt’s  images from her  Remains to be Seen and Water Lilies   projects at her stall in the Other Art Fair; managed to  take a few snaps around Docklands;  had some printing done at Magnet; heard about an upcoming Melbourne Photo Festival; saw  the NGV’s Festival of Photography that featured Bill Henson and William Eggleston;   meet up with both  Eric Algra  re the Mallee Routes project and friends from the Lajamanu trip;  and was shown around  Sunshine by Stuart Murdoch. I wasn’t able to make  any photos for the Mallee Routes project on my  way back from Melbourne to Adelaide. 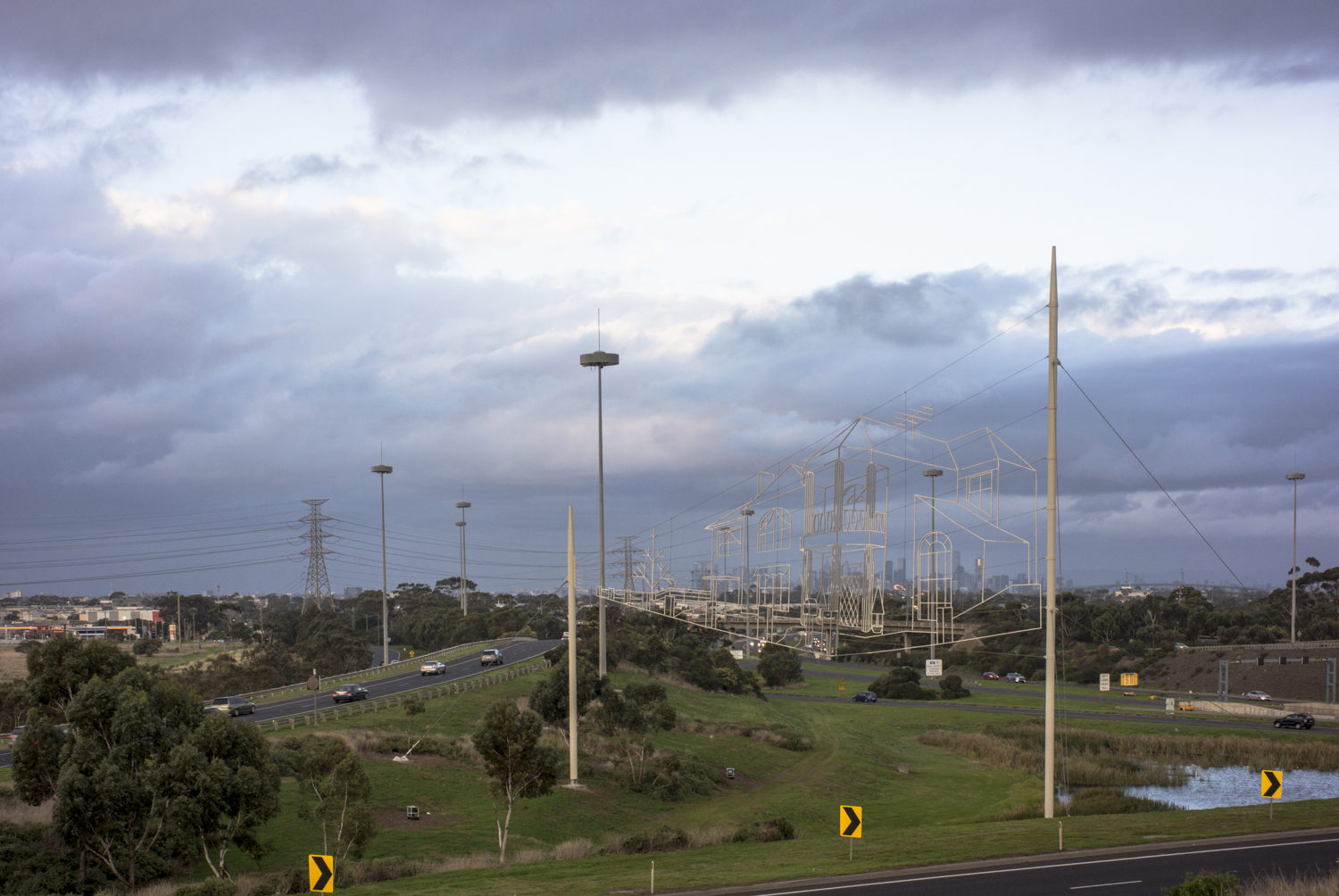 The photographic highpoint of the trip was this topographical photoshoot with Stuart even though  it was very windy and the lovely afternoon autumn light had gone.  We only had time to scope the location on this urban  freeway corridor and  to take a few photos with our medium format cameras.  It’s a good location for a large format shoot with the right conditions: clouds, afternoon winter light and little in the way of a south westerly wind.

This brief photoshoot  raised the question of a topographical approach to photography.  What is it? In  Andrew Sayer’s book Australian Art (2001)  topographics refers to the colonial drawings that came out of naval and military culture and derived from the need got recognise coastlines. Often they are views from the water looking towards the shore. The standard reference point  for contemporary Australian topographical photographers is the 1975 New Topographics: Photographs of a Man-Altered Landscape  exhibition  at the George Eastman House in Rochester, New York which was  curated by William Jenkins, where  the photographers were mapping the built environment of  the late 20th century American western landscape with its motels, housing developments, office parks, and endless parking lots.

In the catalogue essay Jenkins  interpreted  the exhibition images of the American West and Midwest as being “reduced to an essentially topographical state, conveying substantial amounts of visual information but eschewing entirely the aspects of beauty, emotion and opinion”.  The subsequent reframing and restating of the exhibition 40 years latter  interpret it as reinventing the genre of   the landscape as the photographers   grappled with finding a new idiom through which to represent the built environment. END_OF_DOCUMENT_TOKEN_TO_BE_REPLACED

The latest issue of  the Griffith Review is  no 55,  is called State of Hope and it is about contemporary South Australia.  It is edited by Julianne Schultz and Patrick Allington    and the issue consists of  short essays and memoir, fiction pieces and poetry, and photo stories.  Authors include Robyn Archer, John Spoehr, Peter Stanley, Angela Woollacott, Kerryn Goldsworthy, Chris Wallace, Dennis Atkins, Nicholas Jose, and Ali Cobby Eckermann. This is an Adelaide and South Australia as primarily  seen by those working within a literary culture that includes print journalists in the mainstream media (i.e. Murdoch’s Advertiser no less).

The Griffith Review is a  leading literary magazine in Australia that  sees itself as a “high quality, agenda-setting, quarterly publication, delivering insight into the issues that matter most in a timely, authoritative and engaging fashion”. Griffith  Review peer reviews the submissions  to its various issues and  nearly all of  the members of the expert panel academics in universities in the eastern states. Previous issues have been  devoted to Tasmania and Queensland.

What is presented in these texts is the public role of writers as public intellectuals. Writers, it seems,  have a role to  to challenge and arouse the nation–ie., to speak truth to power— given the pressures of  the new media technologies and the forces of globalisation on Australia’s  literary culture—and, thankfully,  the old split between between academe,  creative writer and critic  is absent.

The  market blurb to the  State of Hope text says that:

As the industrial model that shaped twentieth-century South Australia is replaced by an uncertain future, now more than ever the state needs to draw on the strengths of its past in order to move ahead. Now, on the cusp of change, the state needs to draw on its talent for experiment and innovation in order to thrive in an increasingly competitive world. State of Hope explores the economic, social, environmental and cultural challenges facing South Australia, and the possibilities of renewal and revitalisation.

One characteristic of State of Hope  that  I found   surprising was  the heavy doses of nostalgia with respect to the subjective memoirs of childhood and  youth remembered in Adelaide  in many of the literary contributions. This  nostalgia about the good times in South Australia’s past—-eg.,  when South Australia under Don Dustan could claim to lead the nation in politics, culture and civic virtue— does not engage with  the  contemporary revitalisation of urban life in the CBD. 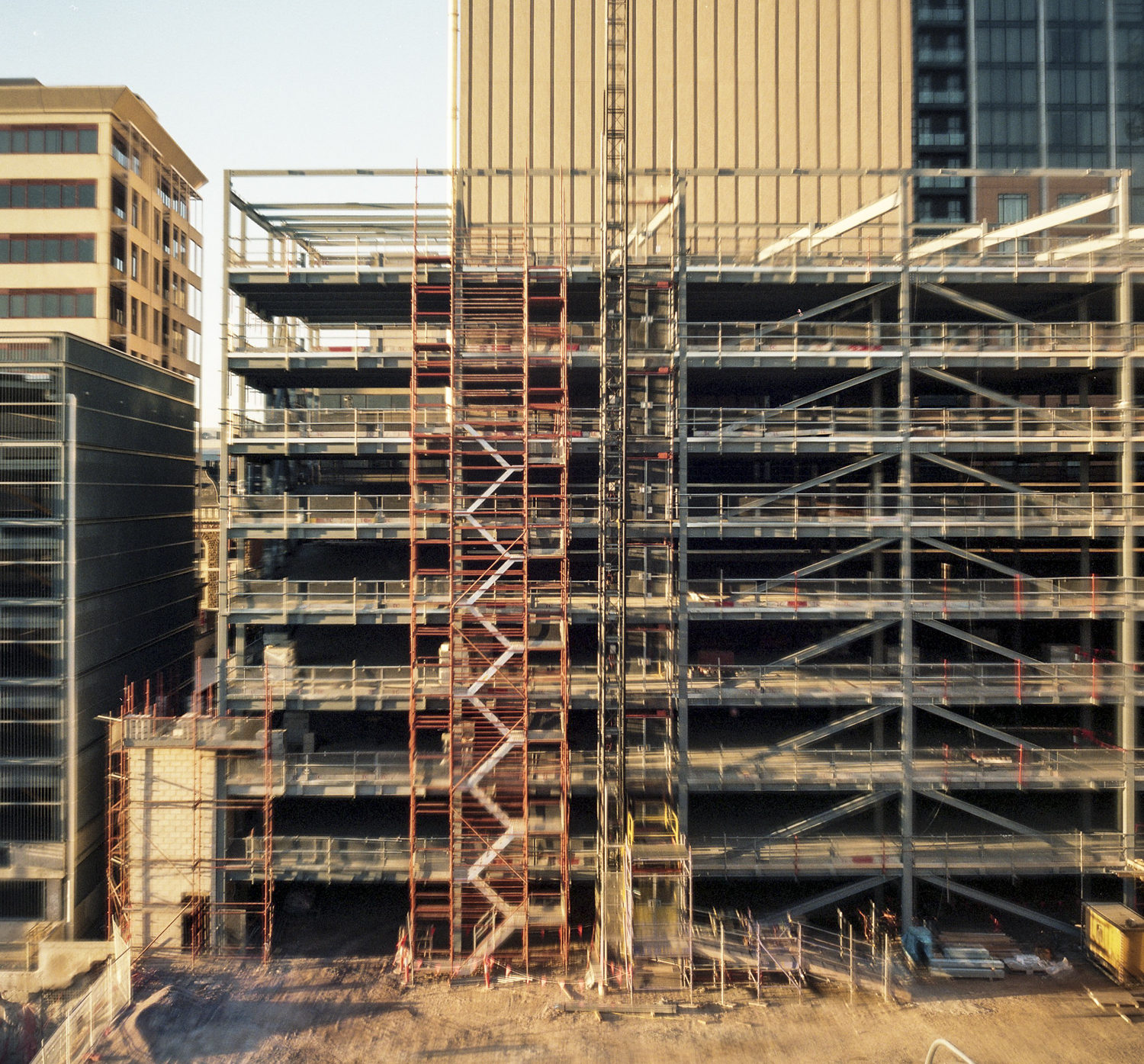