On Friday evening, after picking up my negatives from the Atkins Photo Lab for the Yellow Competition and those made on my recent trips to Canberra and Ballarat, I went to the opening of Ghostly Nature – part 2 at the Adelaide Town Hall. This exhibition, which is curated by Polly Jean Dance, as part of the Adelaide City Council’s innovative Emerging Curator Program, builds on her earlier Ghostly Nature Part One exhibition. Ghostly Nature – part 2 is an exploration of the dark and haunted side of our natural landscape that asserts itself in often mysterious, yet magical ways.

The image below is not from either of the Ghostly nature exhibitions at the Adelaide Town Hall. It is one of mine, and it is a picture of the Mt Lyell Open Cut mine in Queenstown, Tasmania, that is a part of the Edgelands body of work. I’ve introduced the image into this post to suggest that Polly Dance’s concept of the dark and haunted side of our natural landscape that asserts itself in often mysterious, yet magical ways refers to the sublime. 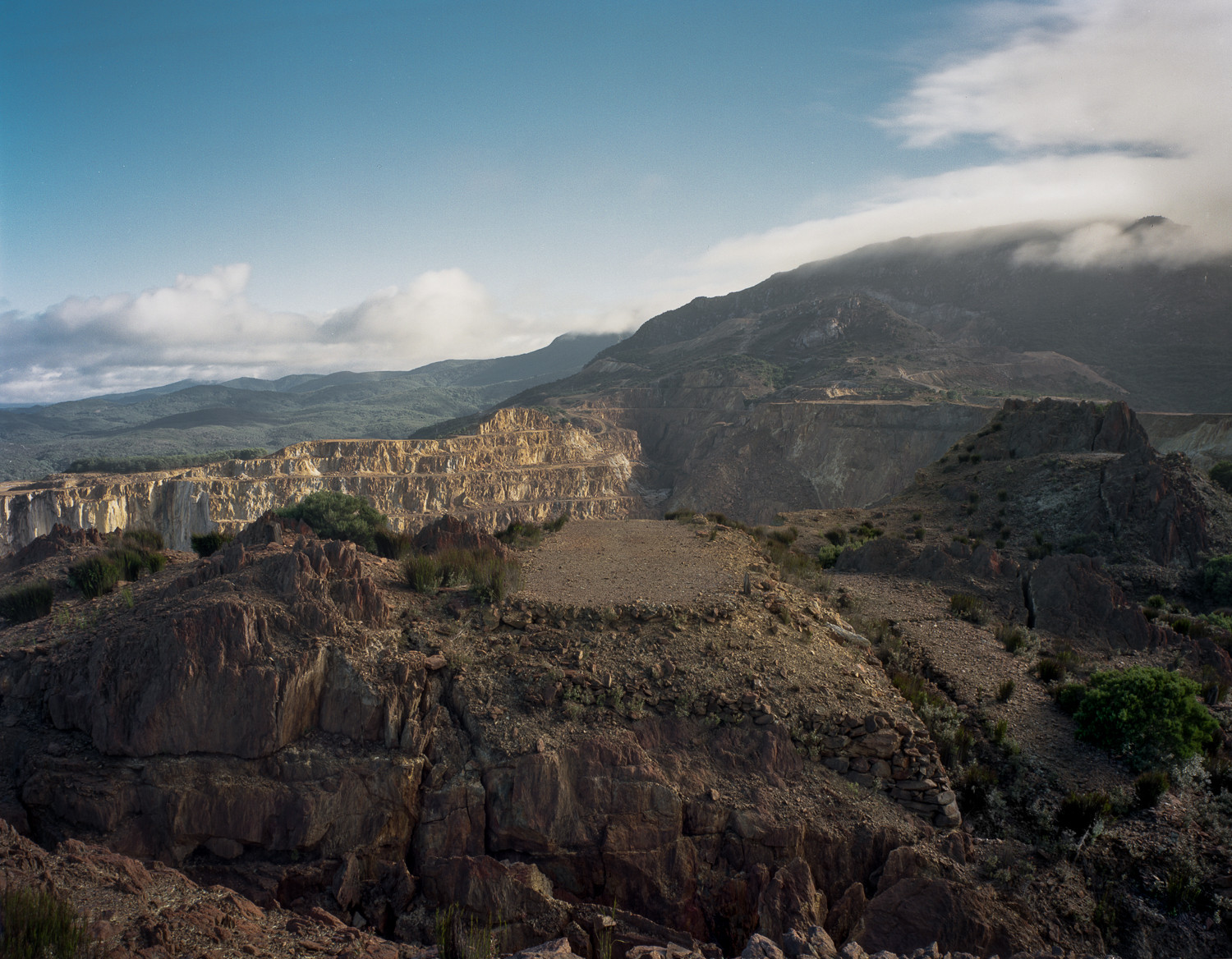 It is good to see this reclaiming of the aesthetic concept of the sublime by Adelaide’s curators, since the sublime is predominantly an aesthetic category relating to nature and the concept has been used too little by Anglo-American philosophers who have largely forgotten this aesthetic category. A good case can be made that the neglect of the concept by Anglo-American aestheticians is unjustified: sublime responses, especially to natural environments, are still with us today, and may be even more frequent than in former times.

The Ghostly nature exhibition implies that its working understanding of the sublime goes beyond Edmund Burke’s concept of it in his Philosophical Enquiry into the Origin of Our Ideas of the Sublime and Beautiful (1757) as a largely non-cognitive, affective arousal to one that understands the sublime response as including, in addition to this affective arousal, an intellectual play with ideas involving especially ideas regarding the place of human beings within the environment.

I think that bringing cognitive or intellective components to bear on one’s experiences with vast or powerful natural phenomena gives us a more satisfactory concept of the sublime that connects up with Immanual Kant’s ideas in his Critique of the Power of Judgment, in which the sublime resides not in art but only in the presence of nature. Sublimity, Kant argues, is something we ought to feel in the face of nature, but measured by the subjective theory of constitution, and this means that nature itself must be sublime. Kant adds:

The irresistibility of [nature’s] power certainly makes us, considered as natural beings, recognize our physical powerlessness, but at the same time it reveals a capacity for judging ourselves as independent of it and a superiority over nature on which is grounded a self-preservation of quite another kind . . . In this way, in our aesthetic judgment nature is judged as sublime not insofar as it arouses fear, but rather because it calls forth our power (which is not part of nature) to regard those things about which we are concerned (goods, health and life) as trivial, and hence to regard its power (to which we are, to be sure, subjected in regard to these things) as not the sort of dominion over ourselves and our authority to which we would have to bow if it came down to our highest principles and their affirmation or abandonment (Critique of the Power of Judgment 145; 5: 261-2).

Kant’s concept is important because it enables us to introduce various ideas about the self in relation to nature if we sidestep the Kantian transcendental stop and it helps us to see the contrasts and overlaps between the aesthetic categories of the sublime, terrible beauty and ugliness. 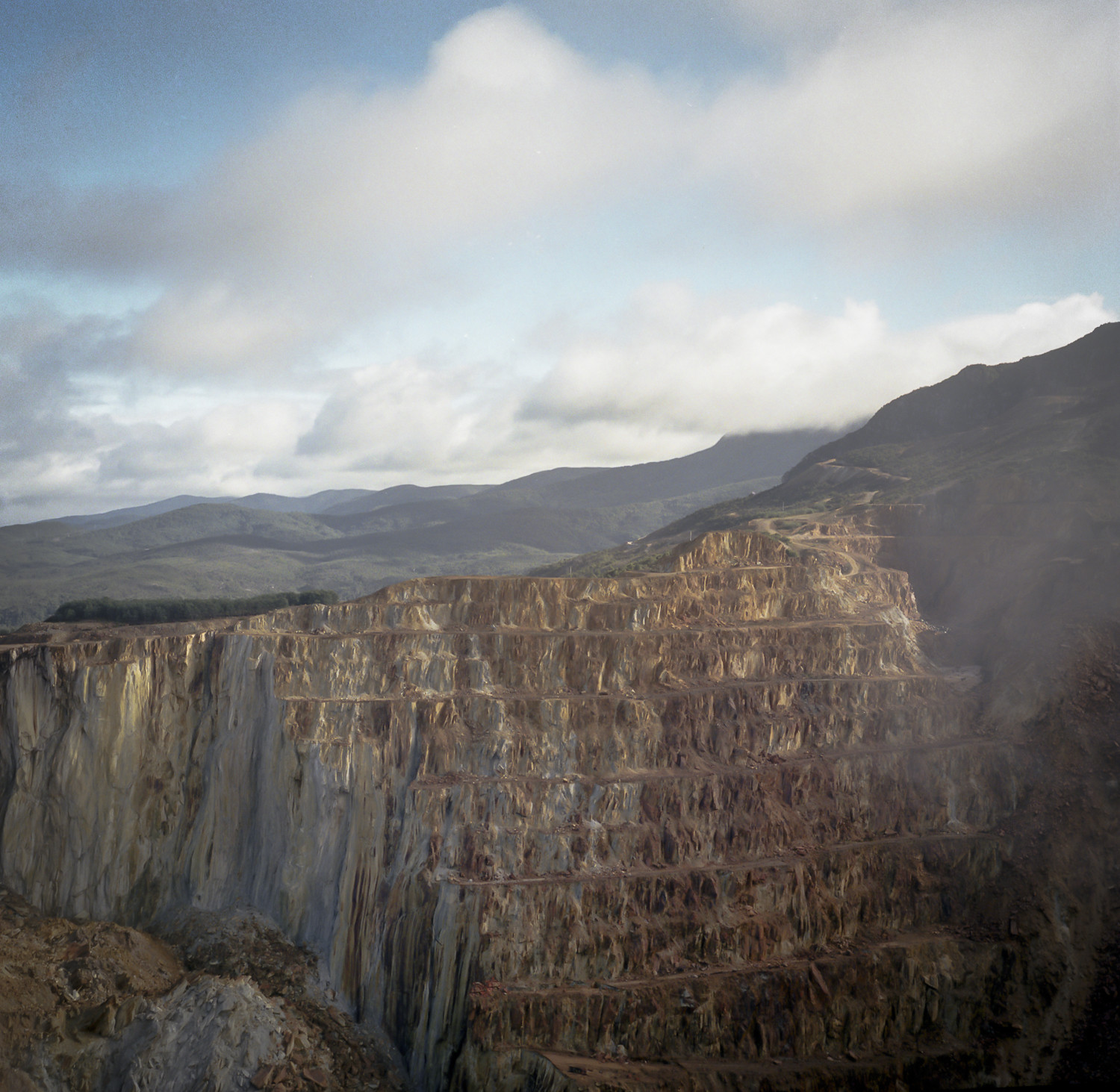 In this tradition the sublime is not Christian—–it does not require a fallen subjectivity. Neither is it nostalgic—–it does not seek to recover what it imagines once existed. Neither is the sublime allegorical, premising its present on an overly dead something else. The Kantian sublime is not solely about overwhelming power; it is the promise not just of identity but of overt recognition of subjective dominance, of self-conscious dominance. The sublime, however, is never just sheer power and complicity with domination, since it also expresses a subjective resistance to nature——in short, the means by which human freedom is won. In experiencing the sublime subjects sense their freedom as (moral) subjects. Adorno’s critique of Kant’s aesthetics in his Aesthetic Theory holds that the Kantian sublime registers the too-ready and too-complete erasure of the object.

We cannot simply rehabilitate the Kantian category of the sublime because, Kant’d idea of ubjects sense their freedom as (moral) subjects in experiencing the sublime is a metaphysical illusion. Secondly, as Adorno points out, the internal composition of the category has changed since the early critiques of Kant’s metaphysics and the category of the sublime has expanded beyond its original confines. Secondly, Adorno, in contrast to Kant, favors the object at the expense of the subject. Thirdly, the sublime for Adorno is the production of nature—human (social) nature, which is to say, second nature: what we have in modernity is both technologically shaped nature and a historical downplaying of humans holding a substantive regard for nature in any of its guises.

The destruction of nature is the price that human beings have paid for the emancipation of the modern subject from nature in modernity and the Enlightenment’s disenchantment of the world, the decay of aesthetic traditions and conventions, and the self-awareness that the subject is a part of nature. So the sublime today would register the forgotten nature in humanity and the lost human in nature.