The  questions below were written by myself  in order to facilitate  a  conversation at the launch of Judith Crispin’s The Lumen Seed  book at the Atkins Photo Lab  gallery in Adelaide  on  Friday,  17th March  2017. The questions  were  structured around  The Lumen Seed book,   and they were designed to give some background to the construction of the text for the audience.   They place the emphasis  on Judith’s  photography rather than her poetry,  given that the space for the launch  at the Atkins Photo Lab  is a photography gallery. The audience pretty much took over once we got the conversation rolling.

The images in the post are mine and they were made whilst I was at  Lajamanu.  There  has been one review  of the book so far: –namely, this  review of  The Lumen Seed at the F-Stop photography magazine.

1. Since few people in the audience would have been to either the Tanami Desert or Lajamanu we will start the conversation  here. Lajamanu is 4000 kilometres from Sydney and around 800 kilometres north west of Alice Springs. It’s remote and difficult to get to. So the first question is  why Lajamanu Judith?

2. Remote indigenous communities have a negative  profile in the mainstream media,  and those on the conservative side of politics want to close them down and shift people to the bigger towns. This is  currently happening in Western Australia with support from the Federal Government which has withdrawn funds for essential services including the supply of power, water and management of infrastructure.

When I was at Lajamanu I was surprised at how well the Warlpiri community was functioning. This indicated that  more is going on here  than Tony Abbott’s lifestyle choice. From my brief stay I gained the impression that the life of the community was premised on a synthesis of tradition and modernity.

Is that impression right? If so,  can you tell us how the Warlpiri are succeeding and what they are trying to do? Can you answer in terms of the Warlpiri’s conception of their relationship to Australian modernity.

3. What  do you think is the biggest threat to the Warlpiri’s future at Lajamanu?  Is it  the impact of climate change on the Tanami in the form of more droughts and floods? Or would it be the failure of the younger generation to continue to walk the difficult line  between tradition and modernity? 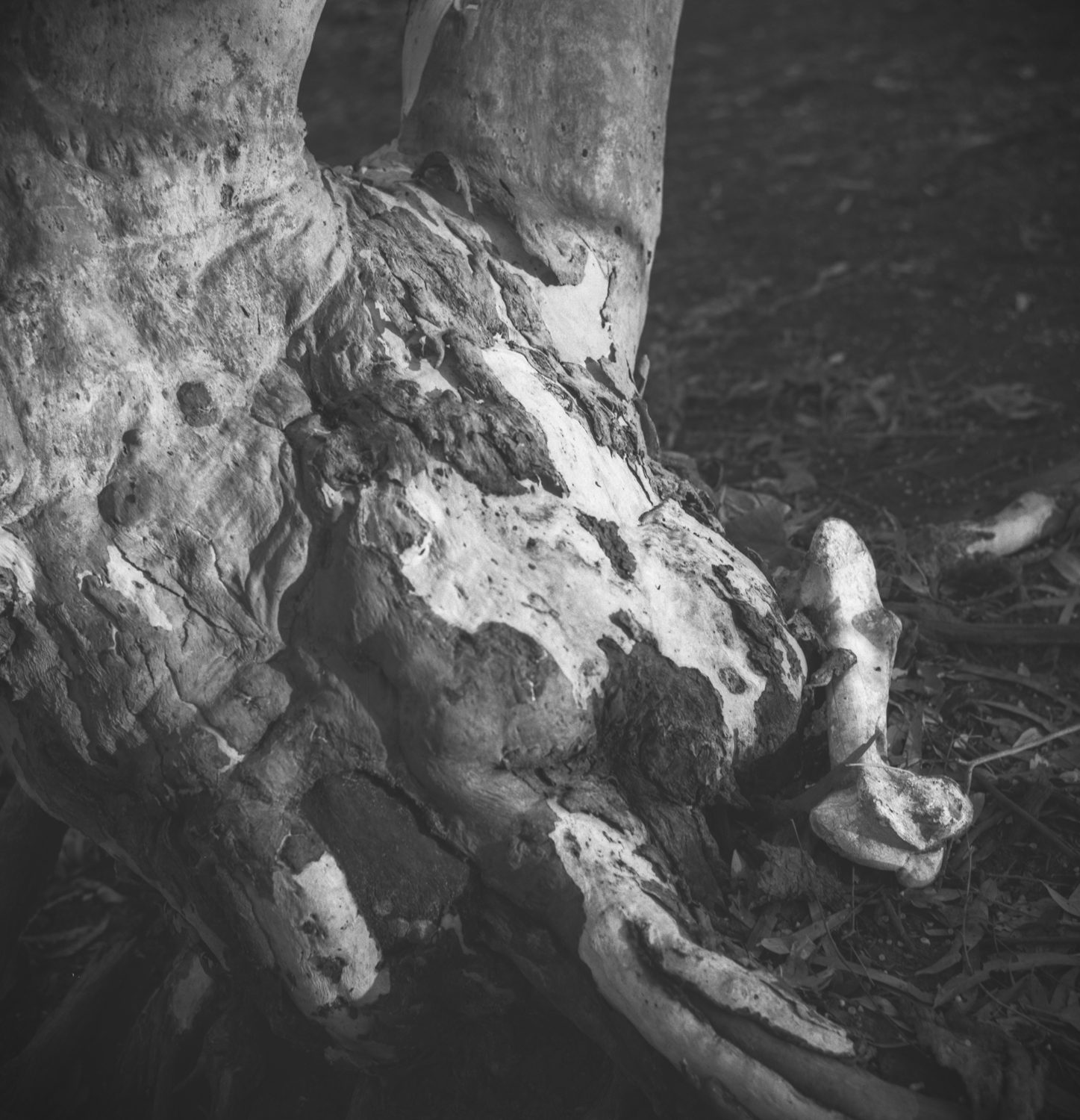 4. So Judith, was that your initial experience as a photographer at Lajamanu?  When did you start moving away from  being a cultural tourist to begin to  formulate the ideas behind the Lumen Seed project?

5. Why did you decide to incorporate the broader historical context around the Warlpiri and Central Australia into your photographic project?

Most photography books adopt a similar format: a series of photos in the form of a visual narrative with a brief, written introduction, usually written by someone other than the photographer. The emphasis is on the images. The Lumen Seed, in contrast, is much more multilayered and intertextual.

6. Can you tell us why you took this approach to a photography book?

Adorno used to talk in terms of the idea of natural history. It’s a complex idea, but crudely put, he meant that nature has a history and that history looks as if it is natural. I want to explore both sides of this.

First nature has a history.

One of the modernist myths is that the desert is timeless, flat, hot  and empty. This has its roots in the how settler Australia constructed the arid zone of Australia as being outside agriculture. What I saw  on my way to Lajamanu was not ‘the desert’ but deserts. They were varied, with biodiverse pockets  and microclimates.  Deserts, I realised have  histories: they have different pasts, presents and futures.

What settler Australia called a wilderness or terra nullis was blind to the fact that the diverse deserts had been discovered long ago and had been managed through Indigenous labour and knowledge.  These deserts had been travelled, known, and named and its places inscribed in song, dance, design and painting, going back according to archaeological evidence at Paruku or Lake Gregory  47, 000  years. The Warlpiri, therefore move in a humanised realm saturated with significations in the form of stories.

7. When did you start seeing the desert differently to most white people who stumble around in an unknown country  with a blindness that closes off evidence of what is really there?  Was the shift to reading the desert as having a history and decoding that history, sparked by the history the pastoralists and nuclear testing laying waste to the country? Or was it though the Warlpiri stories that told of their ontological link to their country?

Let us  now explore the other side of Adorno’s idea of natural history, namely history appears to be natural.

The pre-Mabo history of settler Australia is that the land lay empty and the hard work of the pioneers turned a hostile nature into prosperous agricultural and pastoral land. Yet, post-Mabo,  we know that white settlement and civilisation was premised on the dispossession of aboriginal people from their land through various forms of violence.

This history —eg., the Coniston Massacre of 1928 —was ever present when I was a Lajamanu,  and this spectre shaped the relationships between white and indigenous people.

8. Would you say that this violence amounted to genocide and, if so, why.

Genocide is understood not just the mass destruction of entire communities, ethnic groups or races of people, but also the systematic attempt to destroy, by various means, a group’s essential foundations. Most historians in Australia avoid using the word. After all, there has been no Australian Auschwitz, no SS Guards, no serried rows of skulls as in Cambodia, no ethnic cleansing as in former Yugoslavia.

If you want to call this settler history one of genocide, what are your reasons ? 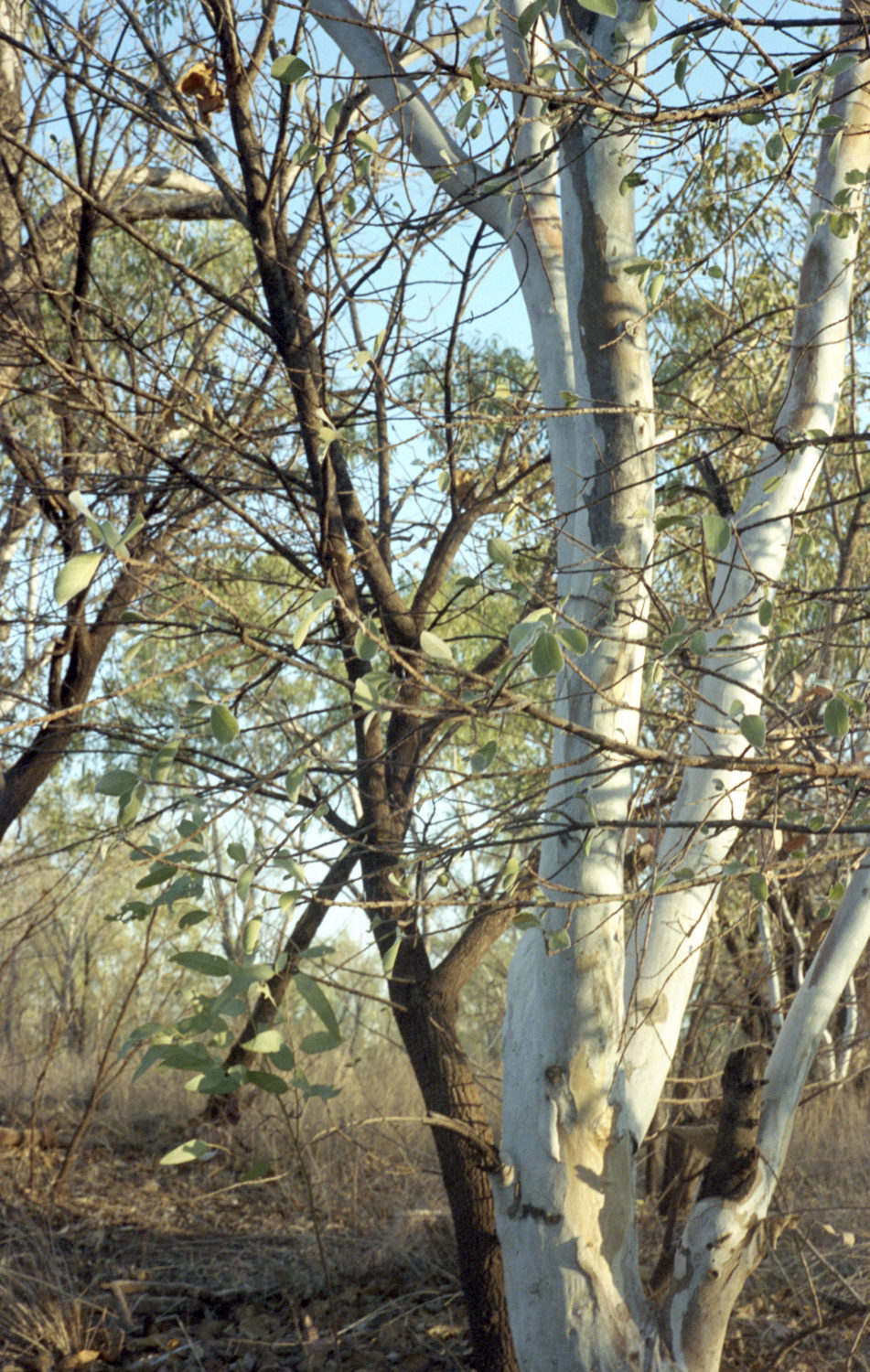 9. Helen Ennis in her  Other Histories: photography and Australia essay asks the question: What  is Australian about Australian photography?  In her response she argues that the answer  “pivots on an inescapable historical reality – the imperialist and colonialist underpinnings of modernity. The interaction between Indigenous and settler Australians is therefore central to any understanding of specific local conditions and circumstances.”

The colonial history of photography in Central Australia is one of white photographers picturing aboriginal people as objects. Aboriginal people were framed as objects for science (anthropology) or as prisoners. Francis Gillen and Baldwin Spencer’s work  are exemplars of the former,  whilst the exemplar of the policeman’s eye is Paul Foelsche  based in Darwin.

How did you break with this tradition and photograph the Warlpiri people at Lajamanu as human subjects and as individuals  you knew rather than as objects?

12. Are there ethic limits to relational photography? It does involve an intrusion into a person’s everyday life. I am thinking of a person’s deep grief upon hearing of the suicide of their loved one. You are there on the spot with your Leica. You are friends. How would you respond as a photographer working on a project?

13. The Lumen Seed is based on your conversations with the Warlpiri elders, their stories, and they understanding of their relationship to country. I really struggled to understand their metaphysics or world view, given that our western metaphysics divides nature into the object of science and a object of culture or the humanities.

The Warlpirri resist this nature/culture divide. For instance,  one of their  key concepts is country, which is very different to what photographers, like myself,  call landscapes.

I did glean that country is a nourishing term in that it means a place that gives and receives life. Country is lived in and lived with. The Warlpiri talk about country as they would talk about a person, They speak to country, they visit country, sing to country, worry about country. They say country knows, hears, smells, is sorry or happy.  I struggled to grasp this. Can you help us out?

15. One way that I could begin to grasp the Warlpiri’s understanding of country is through ecology, which is premised on the holistic idea of the interdependency all things in a regional ecosystem to the extent that the interest all all living components a region cannot exist independently of each other in the long term. A healthy or good country, then, is one in which all the components nourish each other.

15. If country is a key concept  then a lot of Warlpiri art, dance, ritual and daily activity has country as its focus. Can you inform us how the Milpirri Festival that we went to, and you participated in, is connected to country? What are the Warlpiri elders trying to achieve with this festival? 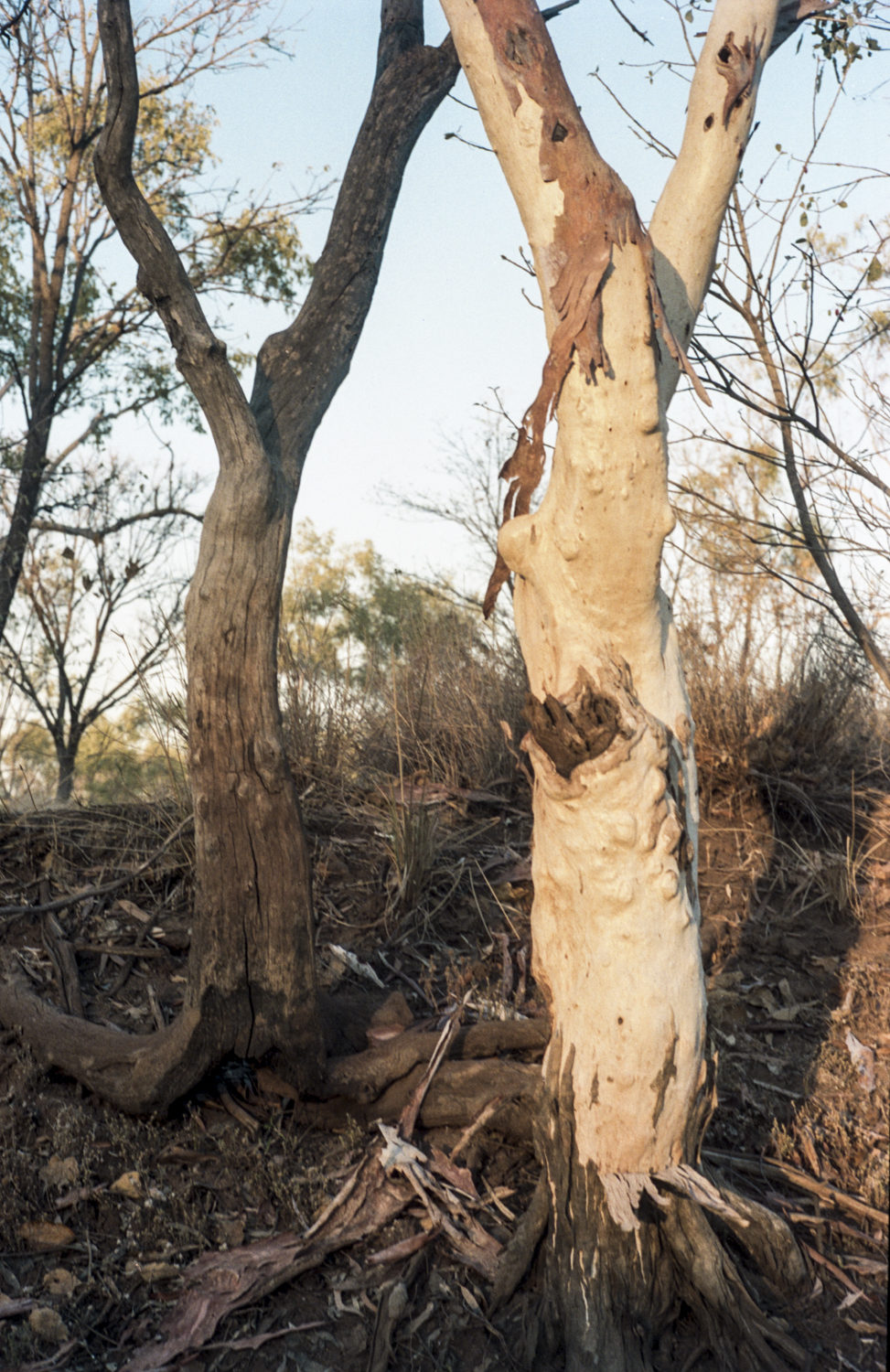 It strikes me that representing the country is best done through contemporary Warlpiri paintings, given that the detailed and intimate knowledge of the country is local.  The photographer or poet is a stranger or newcomer who knows little or nothing, and is one  who needs to avoid the situation of coming to Lajamanu blind,  bumping into everything, damaging country, and hurting people.

So by necessity  there needs to be a collaboration between poets, photographers and the Warlpiri people. The poetry and photography need to be in keeping with what is appropriate for a given place or used that requires an attitude of attentiveness and a degree of respect.

16. What then is the space in which poets and photographers can work? The traditional answer is roughly along the lines of making new ways of looking at the world. Does that mean, post-Mabo,   trying to represent ephemera and to fix a fleeting and transitory moment?

17. In contrast to the classic oppositions between image and word The Lumen Seed is based on an artistic collaboration between poetry and photography—a word image combination—that suggests they are sister arts. The traditional  account of the difference between the two is based on different territories: poetry is what is felt whilst photography is what is seen.

Do you see the relationship between poetry and photography in The Lumen Seed this way? Or is the poetry inspired by photographs or vice versa?  Or does the poetry start where the photography stops?

19. What can the poets say that photographers can’t. Does that imply limits to photography?

20. How do you square the pictorial vision built into the technology of the camera which determines how you see with what the poet is experiencing? 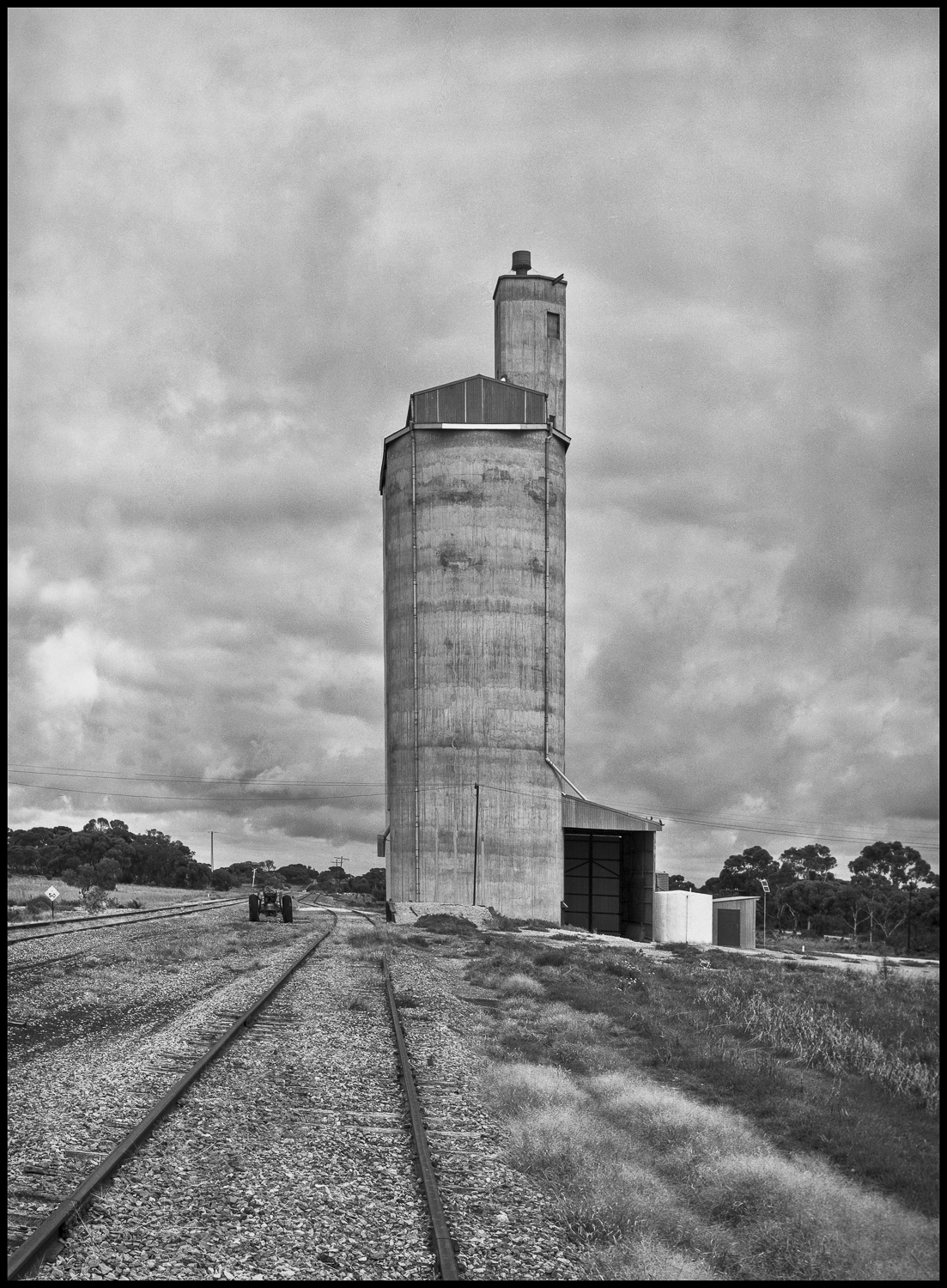 mapping the space outside of Adelaide