returning to the archives

I am creatively flat after returning from my trip to Lajamanu in the Tanami Desert, curating and showing  in  three exhibitions (Weltraum, Abstractions x 5 and Mallee Routes), which are now coming to a close,  and  publishing  the Abstraction Photography book  with  Moon Arrow Press.   I’m exhausted, in debt, with limited stocks of film in the fridge and limited money to buy more film.

What happens now? Apart from having a rest,   going to the gym, and paying off my debts? Where to now with my photography?I do  have the 15 Silos on the Mallee Highway project to complete,  work  to do on  the Mallee Routes project  for some exhibitions over  the next couple of years, and return to the Fleurieuscapes  project.

However, I am also thinking along the lines of producing more books of photographs.  But which body of work to create photo-books with?  One possibility  is  going through my archives of  photos that I did in the 1980s and 1990s; not to mine them  for material, but  to see if  the  material that emerges from exploring  the archives that has the  possibility of constituting a body of work  that could fit into a book on Adelaide photography during that period. 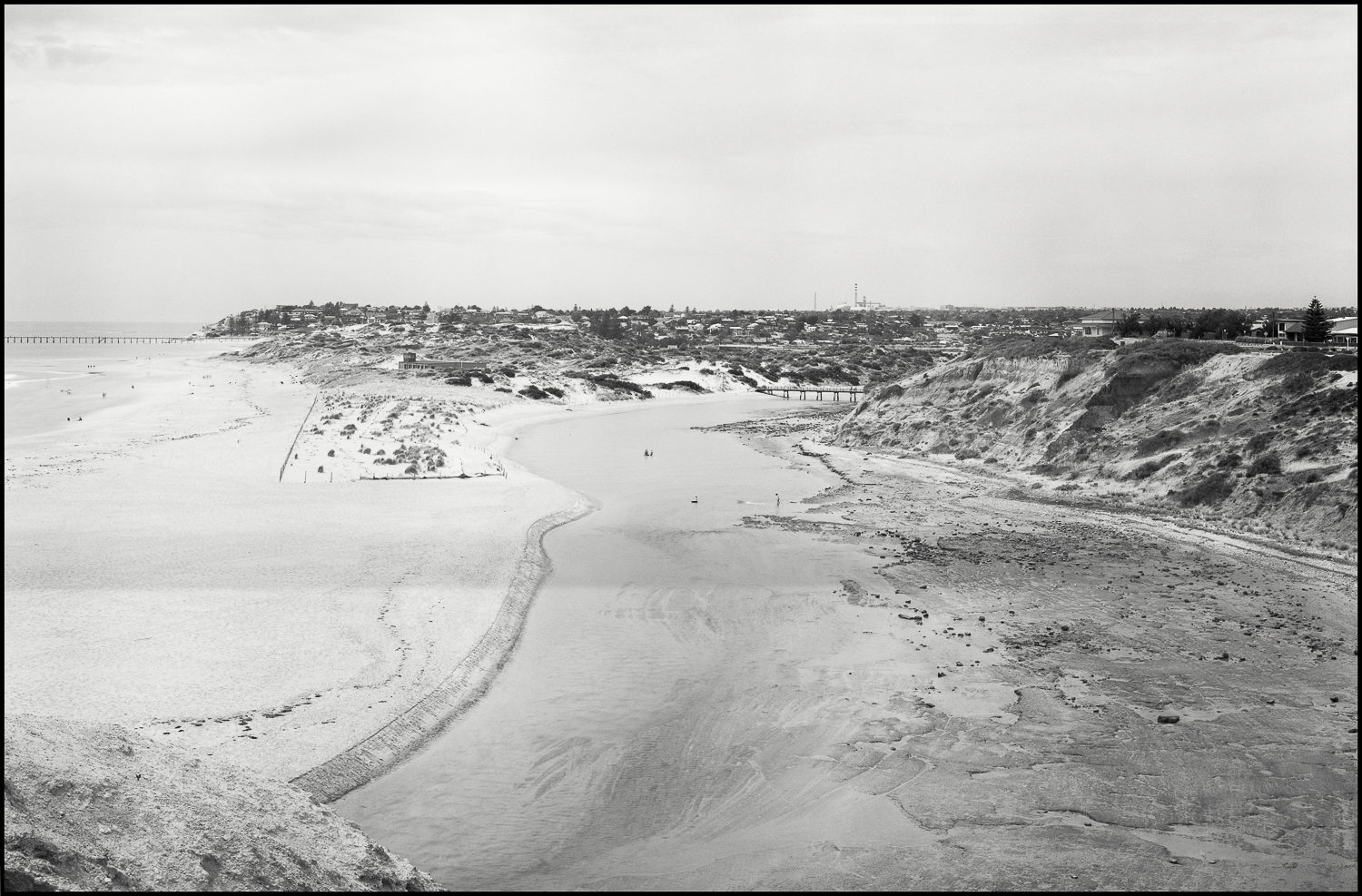 This kind of project  would be a filling in the gaps and recovering a lost history in the regional  photographic culture in Adelaide during the photography boom.   Currently, we only have a very fragmentary sense of the photography that  happened in the last quarter of the twentieth century in this city.  This was the period of the emergence of postmodernism and  its constructed imagery (eg., Anne Zahalka, Fiona Hall and Bill Henson in Australia)  and  its play with,  and appropriations of,  already existing images; a theoretical engagement with the nature of photography’s visual language’;  a more scholarly approach undertaken by masters and doctoral candidates at Australian universities; and the invention of an Australian  photographic avant-garde.

In this context the topographical kind of photography, that was based on a reworking   the large format 19th century  colonial photography  and its  positivist underpinnings,  had a peripheral position  in relation to mainstream art practice in this period;   even though it offered an alternative to the overspecialised, esoteric,  and self-referential discourse of late modernism that denied that the representational status of the photograph  had any importance.

What interests me about the archival work is that some of  it was ensemble based. This represented  turn away from the single image, photography’s affiliation with painting and printmaking, and to produce work designed for acceptance and judgement in the art institution; and a turn  towards a shared ground with literature. In seek a photographic way out of the late modernist cul-de-sac of formalist closure I was informed by Alan Sekula’s 1984  Photography Against The  Grain: Esays and photo works 1973-1983; a text  that undercuts the art photography vs documentary photography duality to develop a critical social documentary.

Sekula argued that such an art would be called documentary  insofar as it threw into question the myth of photographic truth, of the document as transparent record of fact; it would be realist only insofar as both its reflexivity about the medium and its social engagement contradicted the purportedly neutral objectivity of realism. Sekula recovers a tradition of twentieth century realism that had been lost or ignored in the midst of the embrace by the neo-avant-gardes of the 1960s-70s.